In the footsteps of Harry at Trinity College, Oxford

According to his mother’s diary, on this day – 11 October – in 1906, Harry began his four-year degree in Natural Sciences at Trinity College, Oxford.  Our walking tour of Trinity College starts as Harry would have started when he arrived in October 1906, heading up the front drive from the porters’ lodge on Broad Street. Back then the porters sported black bowler hats, while the students were rarely seen without their tweed jackets. Today the lodge staff look smart in college-crested blazers and ties, while students stroll past the lodge in far less formal clothing! The famous view up the drive to the Trinity College Chapel has not changed much – apart from the cedar trees which have grown to be enormous. On our right is the President’s Lodgings. Harry climbed those stone front steps to be formally welcomed by the President, and to sign his name in the Admissions Register. 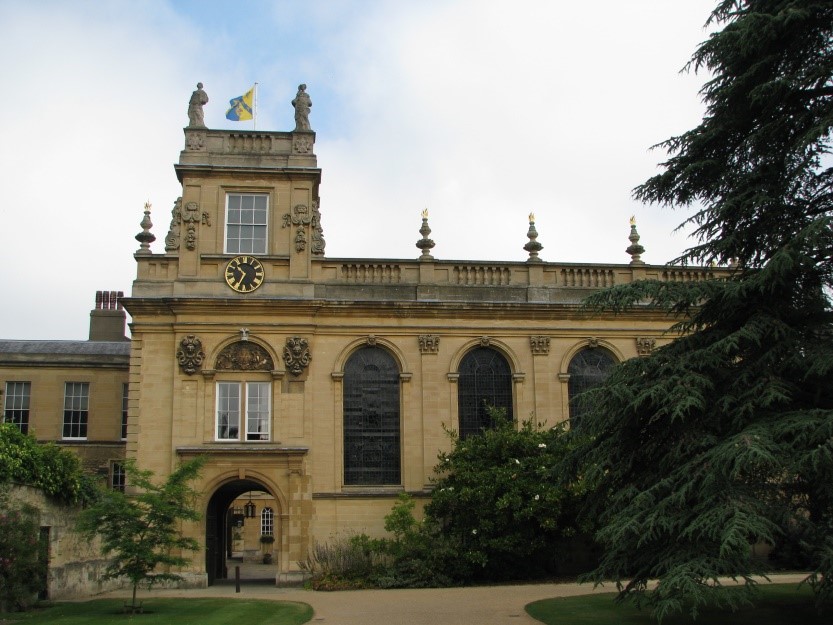 Harry held Trinity’s only science scholarship, the Millard. He would have sworn an oath in the Chapel, and taken his turn to read Bible lessons. Regular chapel attendance was expected of all Oxford undergraduates in the years before World War One. We can’t go in to admire the magnificent Grinling Gibbons reredos and screen, because the Chapel is closed for major refurbishment. So we pause outside in the Durham Quad. This is Trinity’s oldest quadrangle, and it is very much at the heart of the College.

Next we go into the Hall. Communal dining around long oak tables has always been a vital part of Oxford college life, and Harry would have eaten dinner here most nights during his four years at Trinity. Traditionally, the scholars sat together at the table nearest to the large, open fireplace. The Hall is ringed with portraits of distinguished past Presidents and alumni, but not many are scientists, for science was very much a late-comer to Oxford University. Harry was the only man in his year at Trinity to read Physics. On the gallery however we see June Mendoza’s 1981 ‘Arts and Sciences’ group portrait which includes the biochemistry professors Sir Hans Krebs and Rodney Porter. Their Nobel Prize-winning research in the 1950s and 60s would have been impossible without the foundation of Harry Moseley’s ground-breaking discoveries about the structure of atoms. 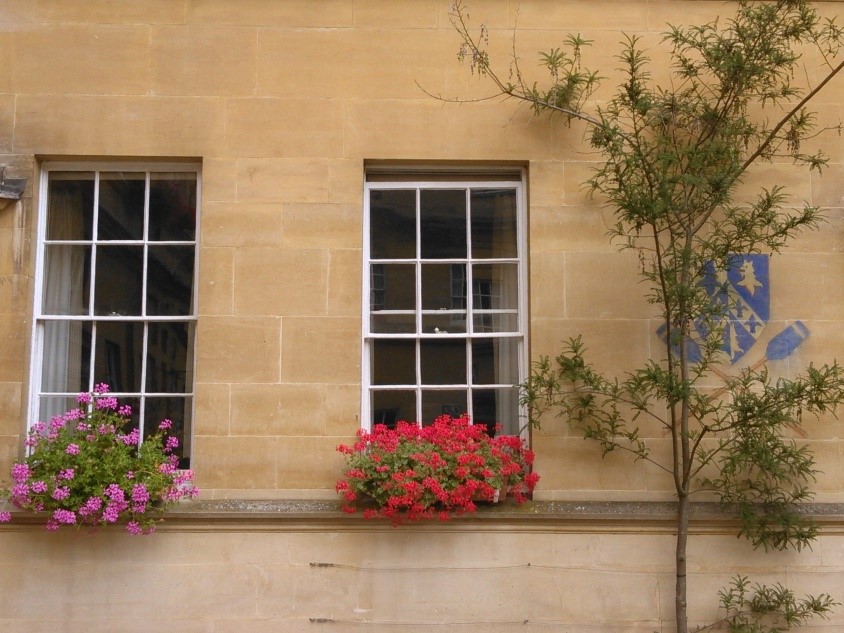 Window boxes in the Garden Quadrangle, photograph by Clare Hopkins.

The Garden Quadrangle is next on our route. Harry lived on this quad for three years. These exuberantly colourful window boxes would be very familiar to him, and so too the commemorations of rowing victories chalked around the staircase doorways. Harry was an enthusiastic oarsman throughout his time at Trinity, although he was never selected for the First Eight. His room was on the top floor – we gaze up at his sash windows. These rooms are still used as student accommodation. Who has been given that room this year, and what will they go on to do?

Unusually for an Oxford college quadrangle, this one has three sides, while the fourth is open onto the long garden that runs down to large ornamental gates on Parks Road. A small door in the high stone wall allows today’s members to take a short cut to the Science Area; but not in 1906. Back then Trinity’s only science provision was a teaching laboratory ‘in the back yard’. This part of Trinity is not open to the public. The lab building remains, but in 1915 it was converted to the carpenter’s workshop.

Trinity’s gardens are beautiful – smooth lawns and a well-tended long border lead towards a high line of yews. Beyond these is the newest part of the College, which was not here in Harry’s day. It is the Library Quadrangle, and it takes its name from the War Memorial Library that was opened in 1928. Today’s undergraduates are fortunate to have such a fine facility to work in. They enter through large oak doors, above which is an board inscribed with the names of 154 college members who fell in the First World War. Fifteen of them, including Harry, were killed in the Gallipoli campaign of 1915. The names are are arranged by date of admission, and Harry’s is near the top of the middle column, one of six of his year group who fell. We pay our respects too at a smaller, matching board was unveiled in the Library in April 2015. This bears the names of five German and Austrian undergraduates who also gave their lives in that conflict. 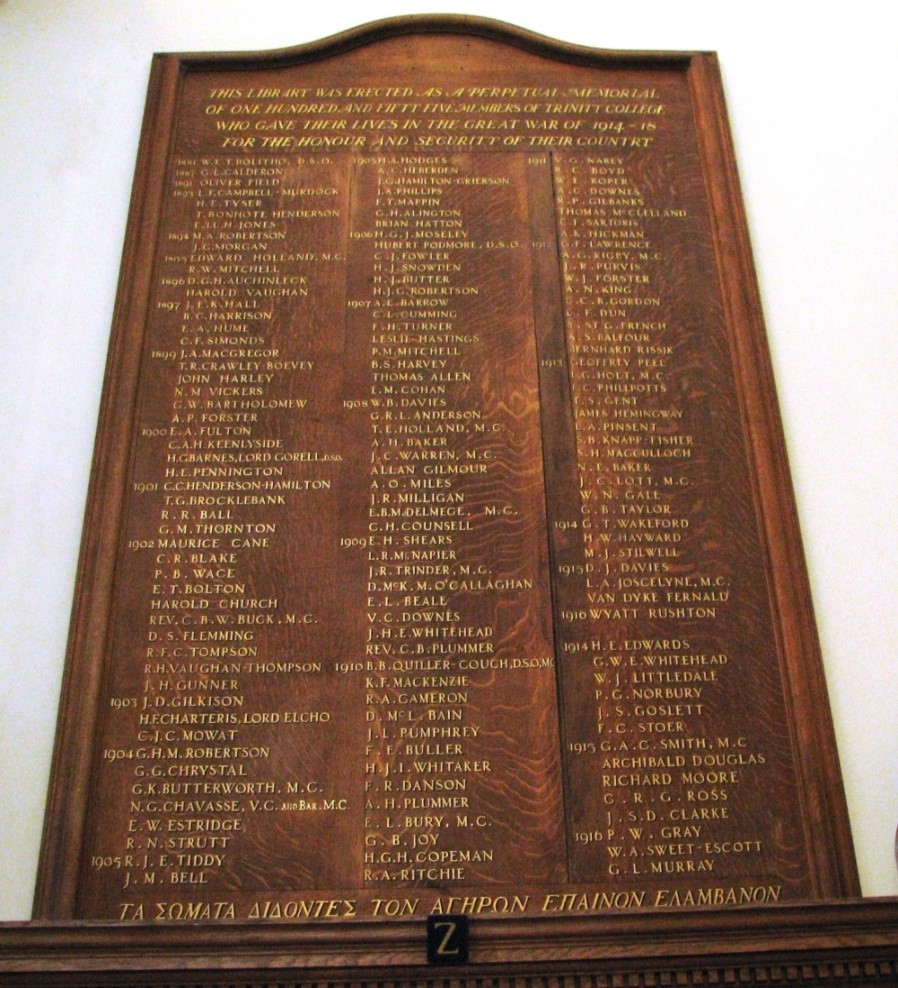 The War Memorial Board, photograph by Clare Hopkins