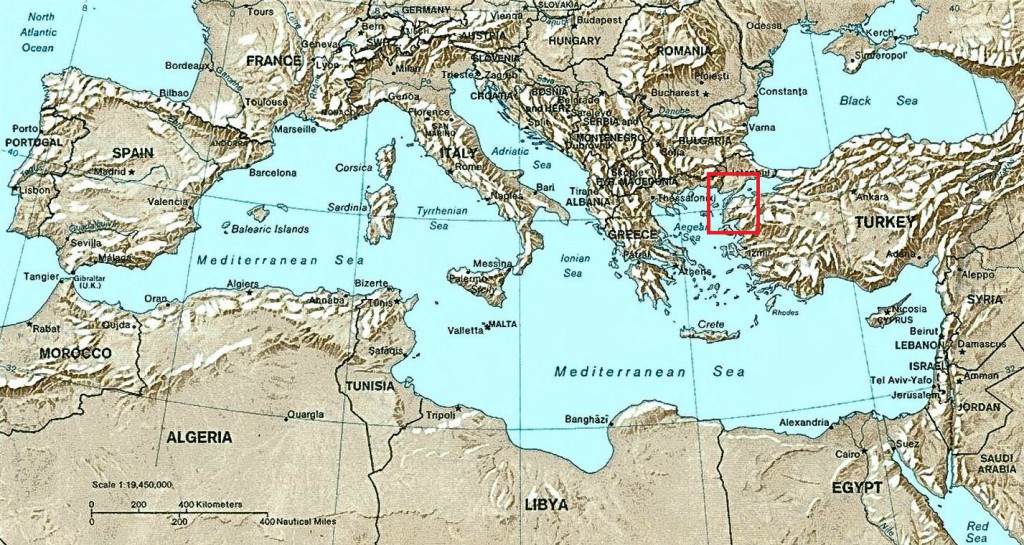 The location of Gallipoli and the Dardanelles in the Mediterranean (marked by the red box).
Amended version of Shaded relief Map of the Mediterranean Sea – and its Basin and Landforms available in the public domain via the Wikimedia Foundation and the US government.

The Gallipoli Campaign (Turkish Çanakkale Savaşı) was one of the most futile episodes of the First World War, lasting from February 1915 to January 1916. The Allied aim was to relieve the stalemate on the Western Front and to take control of the Dardanelles (Çanakkale Boğazı), the narrow strait in north-western Turkey separating the Gallipoli peninsula (Gelibolu) in Europe from Asia.

An initial, ill-judged naval assault by a British-French fleet was brought to a halt through mines and bombardment from Ottoman coastal defences on 18 March. Against expert advice, a land offensive was then launched on 25 April, completely underestimating the determination of the Ottoman troops to defend their homeland at all costs.

British soldiers, together with troops from Australia and New Zealand (jointly known as ANZAC), Canada, India and France fought against soldiers from the Ottoman Empire, Germany’s ally. The Gallipoli peninsula was inhospitable, the ground was dry and barren and water supply was a major problem for both sides. Wave after wave of men on both sides were sent to their almost certain death. When the invading armies were finally withdrawn in January 1916, there were more than 100,000 dead and more than 400,000 wounded.

Allied forces were unprepared for the difficult, rugged terrain as well as the depth and strength of resistance from Turkish troops at Gallipoli. Land mines such as these two “Tufenjieff” examples lent by Imperial War Museums impeded advance, as did extensive use of barbed wire. 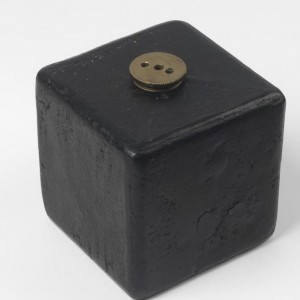 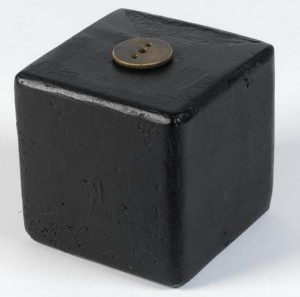 The two pieces of wire (below left) are from the Turkish defences. The jaunty and colourful decoration of the souvenir fabric map (below right) suggests a British public remote from the stark reality of combat, as well as one unfamiliar with the geography and terrain of the region. 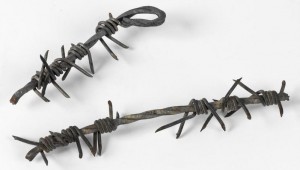 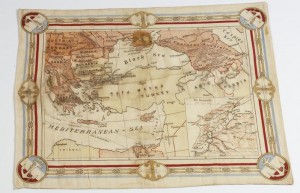