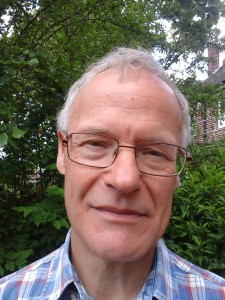 “Every detail in the spectrum of an element can therefore be predicted from the spectra of its neighbours” Henry Gwyn Jeffreys Moseley, Physicist, 1877-1915

We see them still in photographs,
his grey eyes, gazing out,
while Harry stands in a converted shed
relaxing with apparatus, or sits at a desk
reading weighty tomes – which
were not, admittedly, quite his thing –
he preferred the ruffian world
of click and hum, the effort
to get things working: the gear
would tell him what was going on.

His eyes, two x-ray guns, pierced matter
to the core, cutting atoms like
diamonds cut glass; his eyes were hands:
watch them fettle singular machines
antiques of science, see them
construct a ladder of the elements and
locate the missing rungs
which others inserted after him
just as he had predicted.