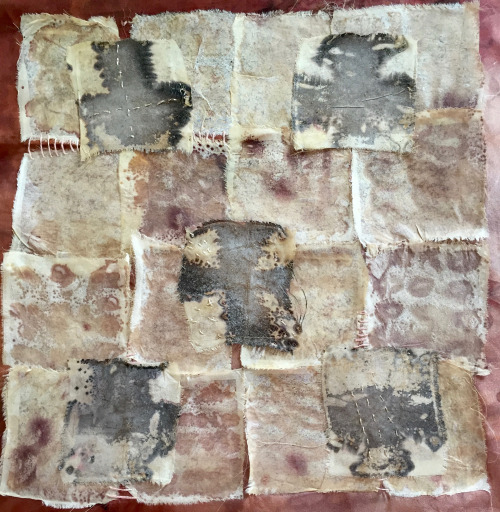 Anna Dumitriu created “The Hunt for New Antimicrobials” series, of which ‘Stress’ is one part, to explore what solutions there might be to the issue of antibiotic resistance and how the search for antibiotics has changed since the original work on penicillin in the 1930s and 1940s. The artist learned to edit the antibiotic pathways of bacteria using the viruses that infect them, known as bacteriophages, and how that might help us create new drugs. Works here include genetically modified Streptomyces species and patterns painted with viruses.

These silk patches above were grown with Streptomyces coelicolor bacteria and forgotten in the incubator at the lab for several weeks. During that time the bacteria became stressed and naturally produced both the red antibiotic and the blue antibiotic pigments.