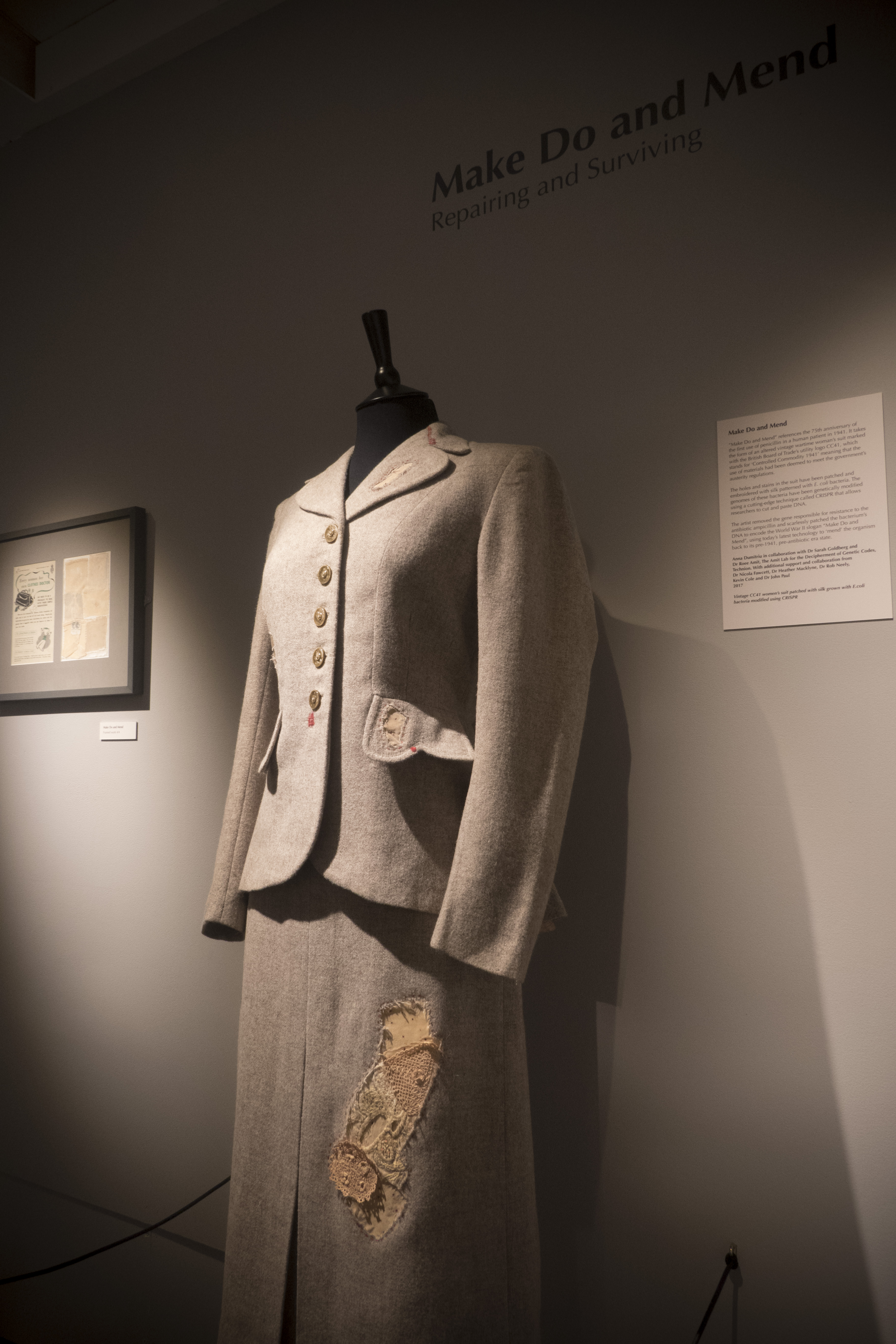 “Make Do and Mend” references the 75th anniversary of the first use of penicillin in a human patient in 1941. It takes the form of an altered vintage wartime woman’s suit marked with the British Board of Trade’s utility logo CC41, which stands for ‘Controlled Commodity 1941’ meaning that the use of materials had been deemed to meet the government’s austerity regulations.

The holes and stains in the suit have been patched and embroidered with silk patterned with E. coli bacteria. The genomes of these bacteria have been genetically modified using a cutting-edge technique called CRISPR that allows researchers to cut and paste DNA.

The artist removed the gene responsible for resistance to the antibiotic ampicillin and scarlessly patched the bacterium’s DNA to encode the World War II slogan “Make Do and Mend”, using today’s latest technology to ‘mend’ the organism back to its pre-1941, pre-antibiotic era state.