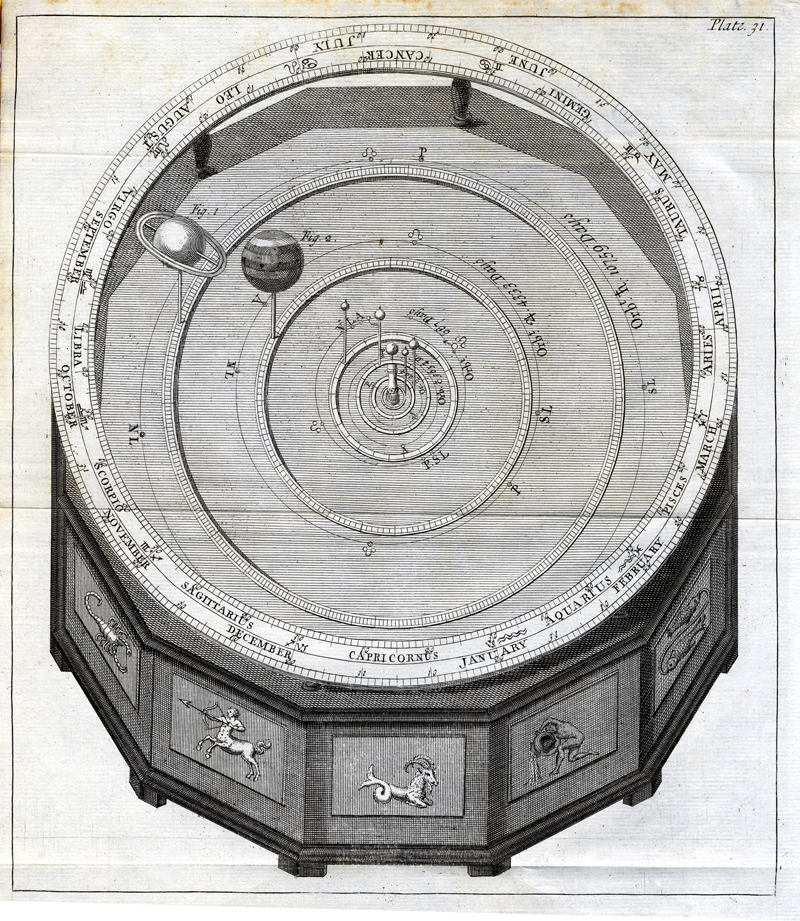 One of Desaguliers’ lectures concerned Isaac Newton’s recently established three laws of motion. He also used a planetarium, or orrery, to visualise the motion of the heavenly bodies in our solar system according to the Copernican system. By turning a crank the planets and Earth are set in motion around the Sun. 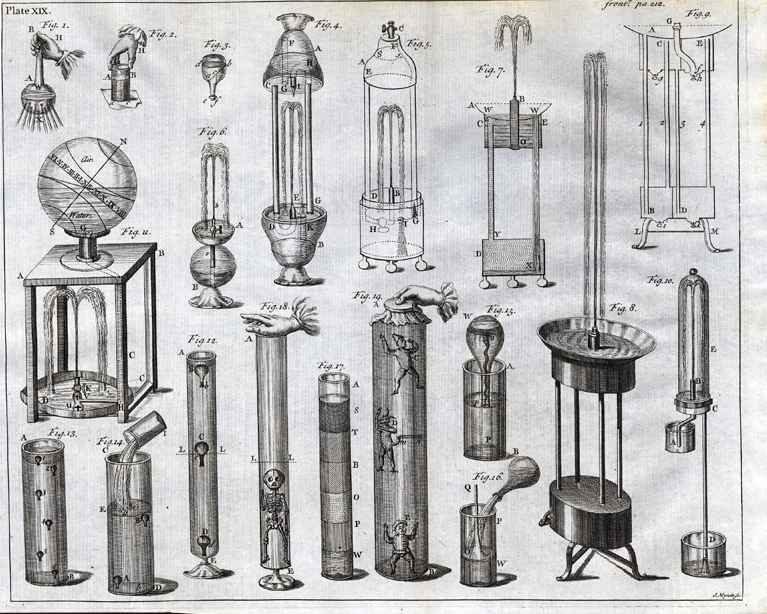 This illustration shows how Desaguliers’ lecture on hydrostatics featured a number of different fountains. He also used narrow cylindrical jars filled with water containing hollow bubbles of glass, figures of men and a devil, and a hollow glass skeleton. These objects are filled with air and made to move within the jars by changing the pressure of the air.