Francis Hauksbee the younger (1688-1763) demonstrated experimental physics just like his older uncle who had the same name. He also performed some experiments at the Royal Society where he later became custodian. He had his house at Crane Court near to Fleet street where many instrument makers had their shops. William Whiston (1667-1752) succeded Newton as Lucasian Professor at Cambridge in 1701, but was deprived of his chair in 1610 because of heterodox opinions, and moved to London, where he occupied himself with some lecturing in cooperation with Hauksbee.

Francis Hauksbee performed experiments while William Whiston read lectures to paying audiences at Hauksbee’s house near St Dunstan’s Church in London. This text shows the contents of these lectures and also advertises that a great number of instruments will be used in the teaching. At the start of the first lecture on mechanics Isaac Newton is mentioned. Such a reference to Newton’s recent ideas was common in 18th-century books on experimental physics. 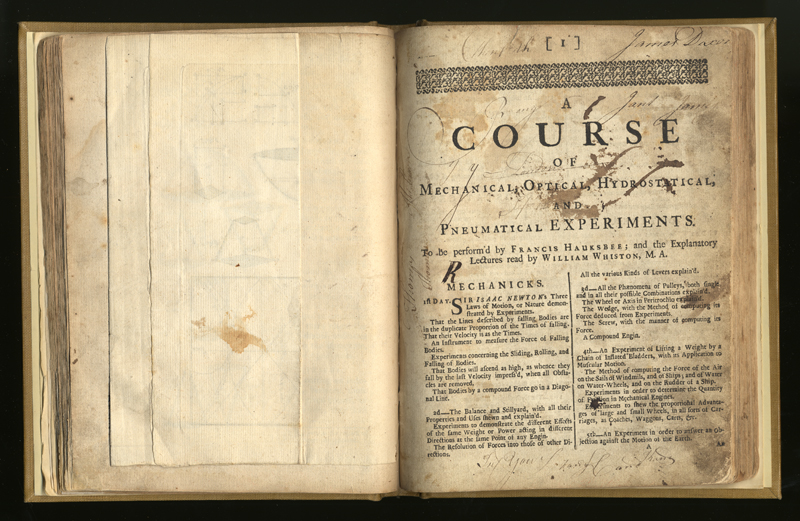 A course of Mechanical, Optical, Hydrostatical and Pneumatical experiments, c. 1714