Born as a peasant and educated within the church, Jean Antoine Nollet went by his ecclesiastical title of abbé. He became one of the most popular lecturers in Paris and was favoured among aristocratic audiences. Nollet’s books on the teaching of experimental physics are richly illustrated. 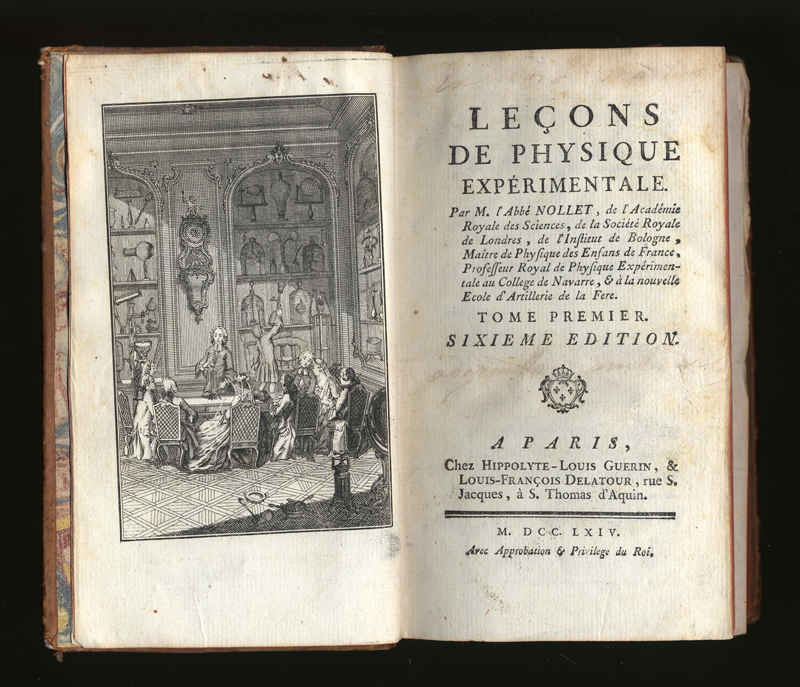 This image shows a demonstration to both men and women. In the background are shelves containing ‘philosophical instruments’. Such collections could contain hundreds of instruments, often grouped in cabinets according to different branches of physics. 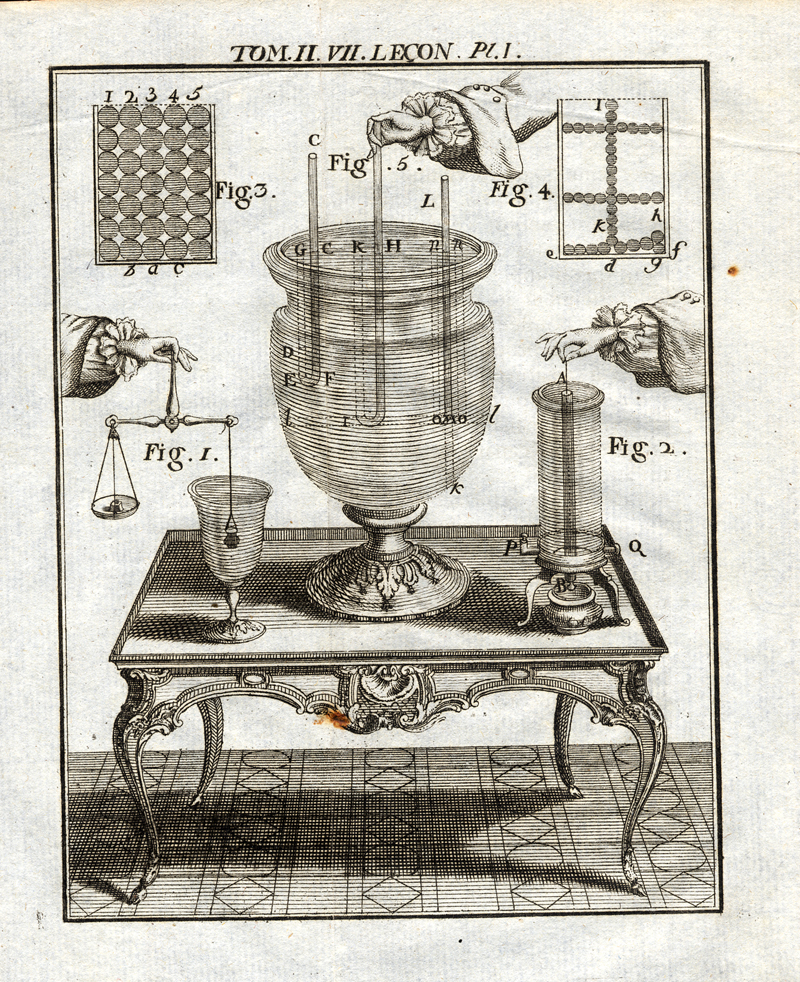 These illustrations relate to a range of experiments using water-containing vessels and immersed objects. Scales are used to investigate what happens when a hollow object is placed in water, while glass tubes are submerged in a vase containing coloured liquid in order to show the water level under different circumstances. 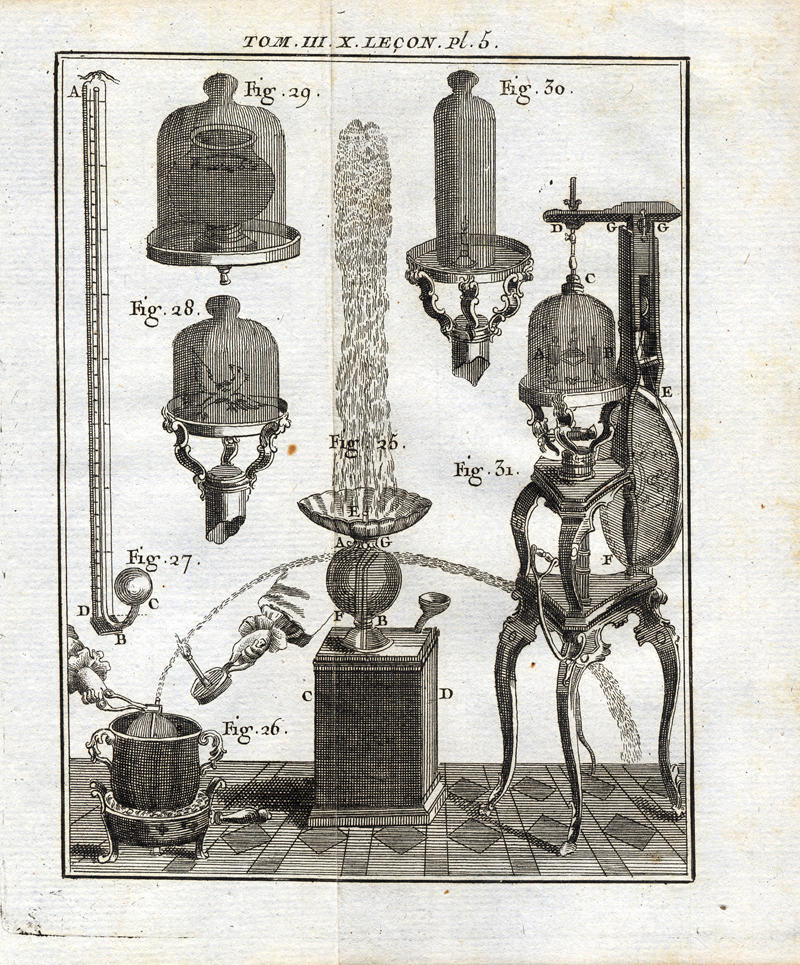 Air pumps were used to demonstrate the properties of air. When air is pumped from a glass jar, both animals and a candle flame placed inside will die away.

The central fountain in the image below is an instrument used to demonstrate the expansion of air by heat. As the air expands it pushes up a jet of water. To create a jet of fire Nollet recommends the use of eau de vie instead of water, lighting the jet with a candle once it exits the vase, as shown to the left.

At the top left is a closed narrow glass tube containing mercury. The text suggests placing the tube in boiling water to show how heated mercury expands, and so how a thermometer works. 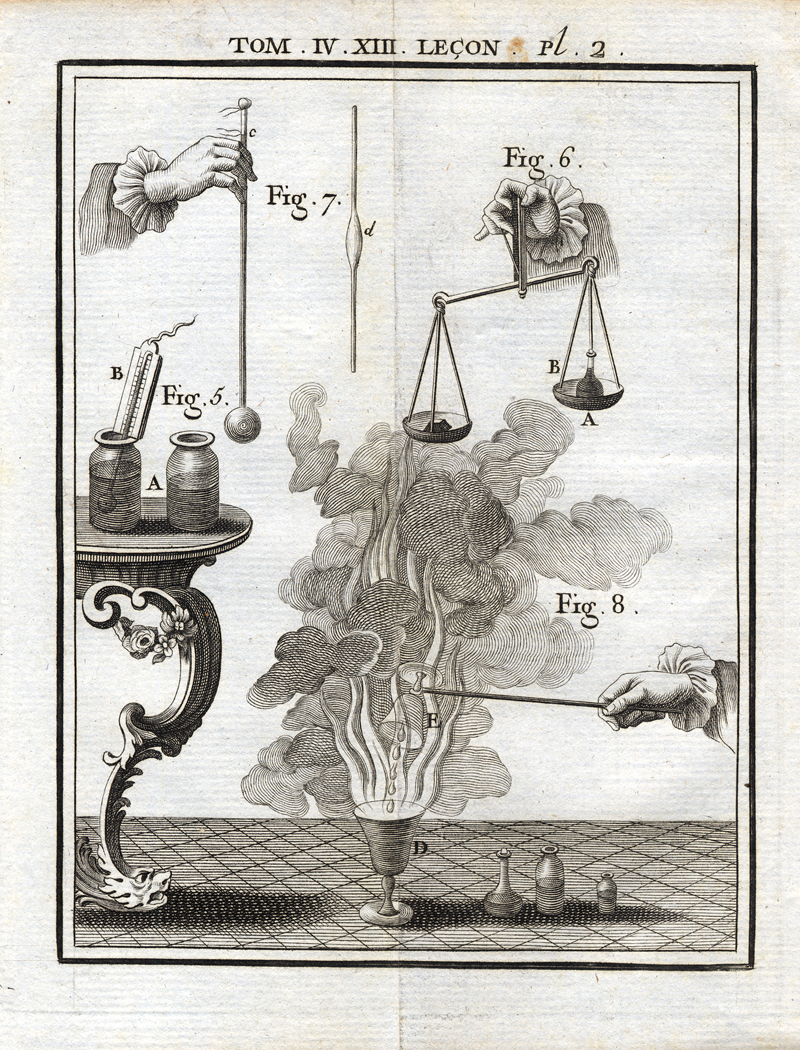 Courses on experimental physics often contained experiments showing the effects of heat, and also of chemistry.

Figure 5 shows water being mixed with alcohol, resulting in a rise in temperature, release of air, loss of weight (Figure 6), and loss of volume (Figure 7).

Figure 8 shows a large beer glass filled with turpentine being mixed with nitre and oil of vitriol. The resulting reaction belches out smoke and is ignited with a great flame, releasing a pleasant aroma. 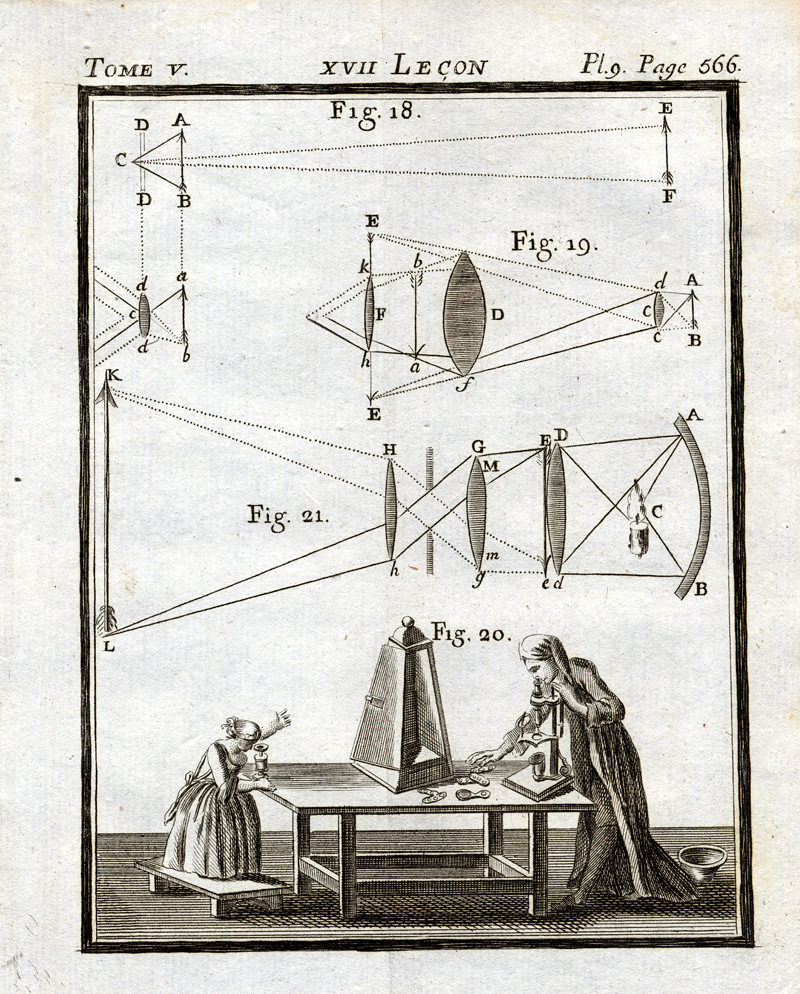 Optical instruments were very popular in experimental physics courses. Microscopes, telescopes, distorting mirrors, anamorphoses, prisms, and lenses formed part of a cabinet of physics and were used in teaching. This illustration shows a girl and a woman using microscopes. Above are diagrams of a simple and compound microscope, as well as a magic lantern. 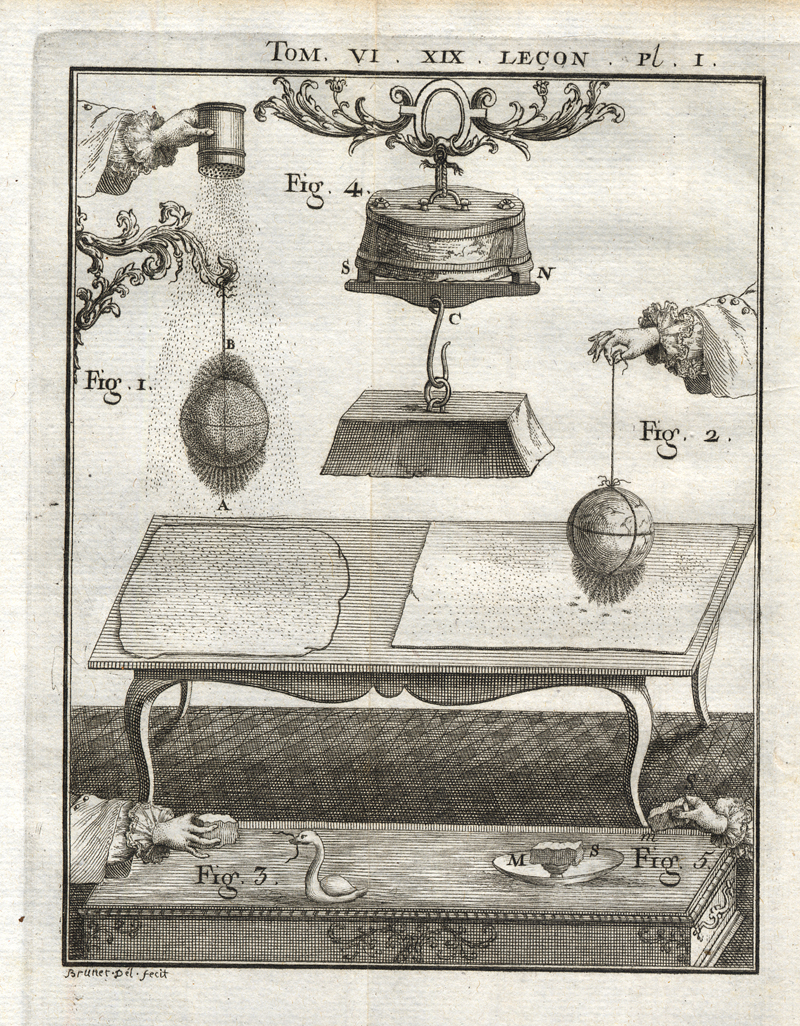 This illustration shows the properties of magnets and their effects on iron filings. In the foreground, a large water-filled basin contains an enamel swan holding an eel-shaped iron thread. A magnet floats on a copper boat. The objects move either towards or away from a second magnet held nearby, depending on the orientation of the poles. 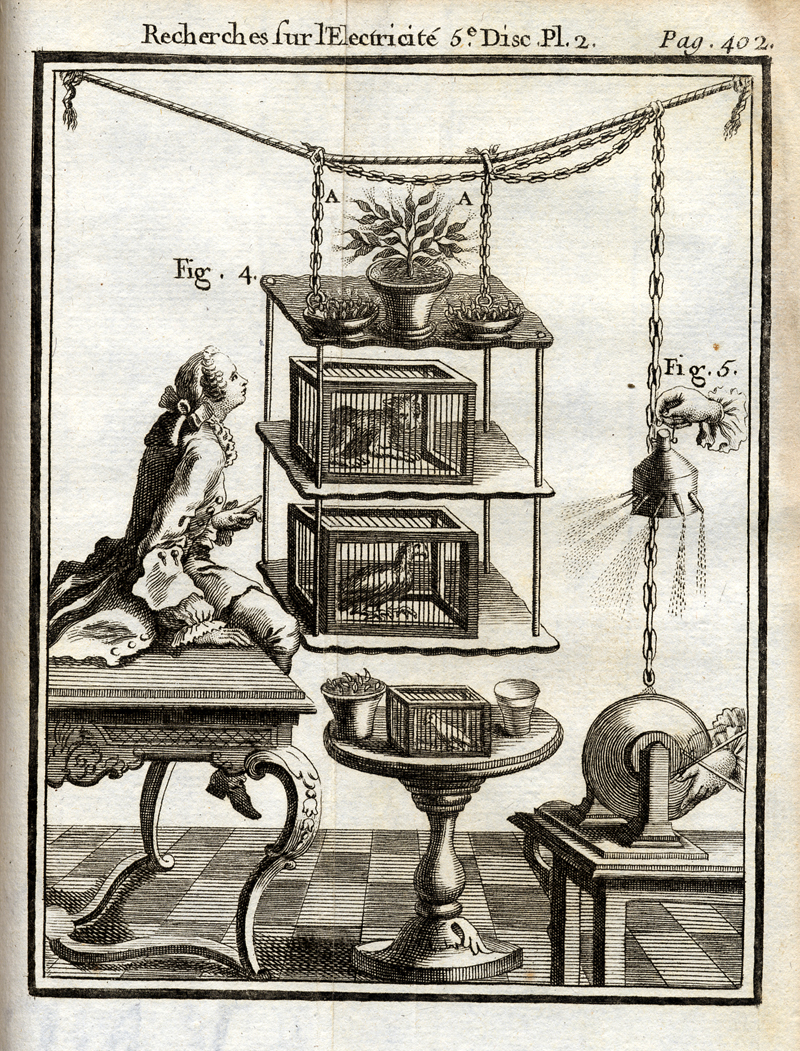 Nollet was particularly interested in the nature of electricity and this book shows a great number of electrical experiments. Static electricity was generated by friction of a bare hand on a glass globe. The electricity was then conducted by chains to different bodies, and often the audience could participate in the demonstration. This illustration shows Nollet’s experiments on plants and animals.