Henry Moseley as a young child.
Image courtesy of the Ludlow-Hewitt Family archive.

Born in Dorset in 1887 to a distinguished scientific family, Harry Moseley moved at a young age with his family to Oxford where his father had been appointed Linacre Professor of Human and Comparative Anatomy. The family had a comfortable life and travelled often but Harry’s father died before his son turned four and a few years later Harry also lost his sister Betty.

The remaining family members – Harry, his mother Amabel, and his sister Margery – were close-knit and corresponded frequently and warmly. Harry and Margery were especially close and had a shared love for natural history.

Harry first went to school at Summer Fields in Oxford where, despite a certain shyness, he made friends through a shared passion for collecting birds’ eggs. At age 13, he won a scholarship to Eton College where he won prizes in classics, chemistry and physics and took up rowing.

Harry was initially inconsistent in his studies though bright and curious about the natural world. After attending Summer Fields school in Oxford, he won a prestigious King’s scholarship to Eton College at age 13.

The quality of his work in science and mathematics was recognised by being “sent up” to the headmaster of Eton. But Harry’s true passion was collecting birds’ eggs, one he shared with his sister Margery. 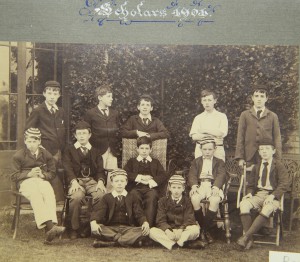 Harry’s early education was classical in focus. In the Lower Fourth Form of Summer Fields School in 1899, he was placed second for Greek and Latin prose, and only slightly lower for Latin translation.

In the 1901 photograph of Scholars he is in the middle of the back row, looking out frankly and directly at the camera.

Harry’s pursuit of birds’ eggs and passion for natural history was encouraged and shared by his family. His mother’s diary for 31 October 1901 shows her sending for “Harry’s cabinet”, intended for his collection of eggs.

The diary also reveals her own intellectual interests, as she attended a natural history society lecture the day before.

Parsons found the 4 + 1 (Tree Pipit!) eggs, in a tiny hole in a willow tree, only big anuff for Parsons’ hand, too small for mine … The nest was very difficult to get at, one had to stand on a pointed stake with one leg nowhere.

Letter from Harry to his sister Margery, Summer Fields, c. 1900

At Summer Fields Harry took part in activities beyond the formal curriculum. In the Fifth Form he acted in a play “A Regular Fix”, described as a “most amusing farce” by the school magazine. 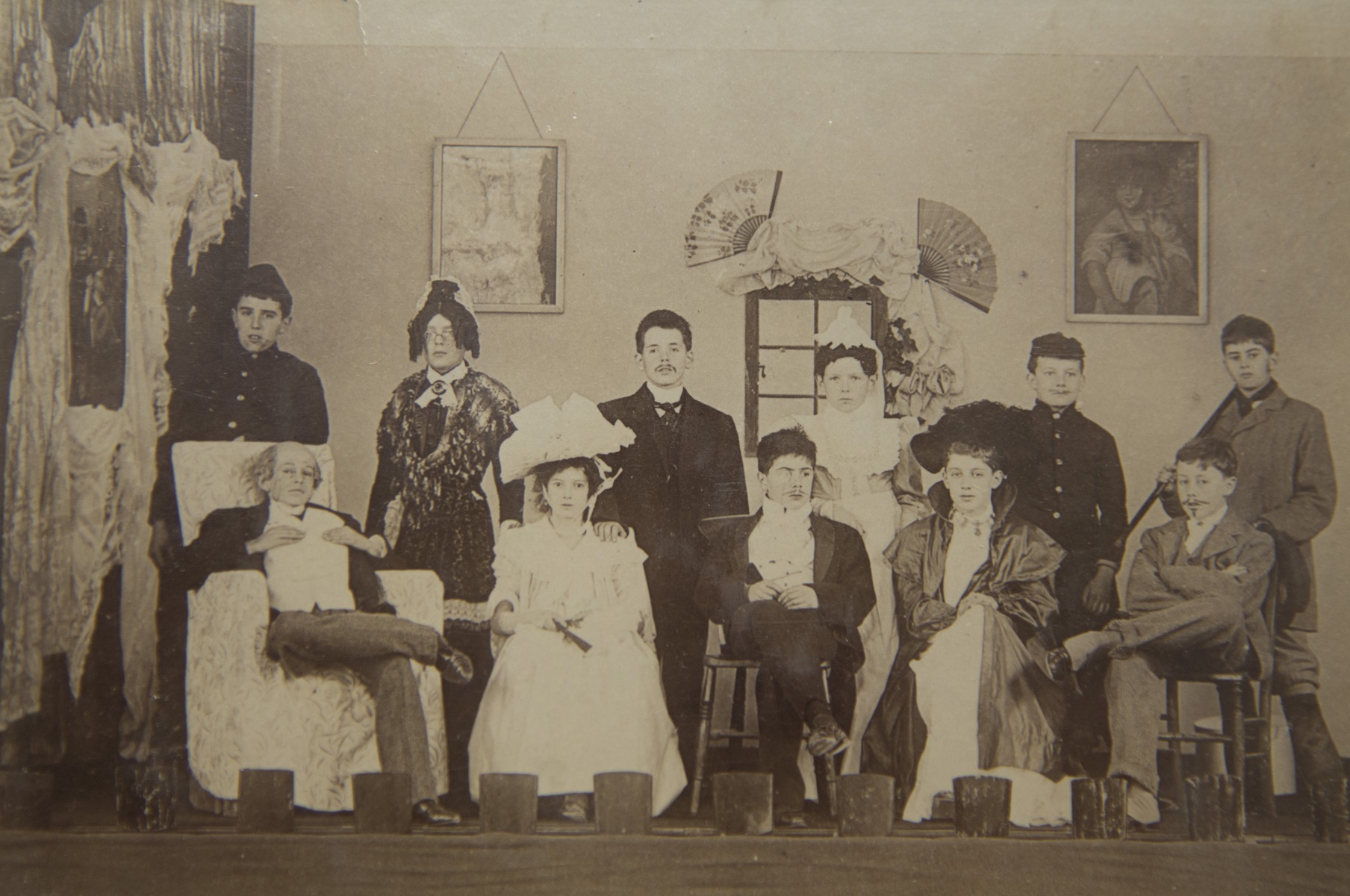 “A Regular Fix”, being a “most amusing farce”. Lent by Summer Fields School, Oxford.

The moustachioed Harry is in the middle of the back row of the cast photograph, but he may not have been entirely convincing in his role. The magazine reports that “Moseley had the difficult part of the young lover, which is always a hard one to act” (see below). 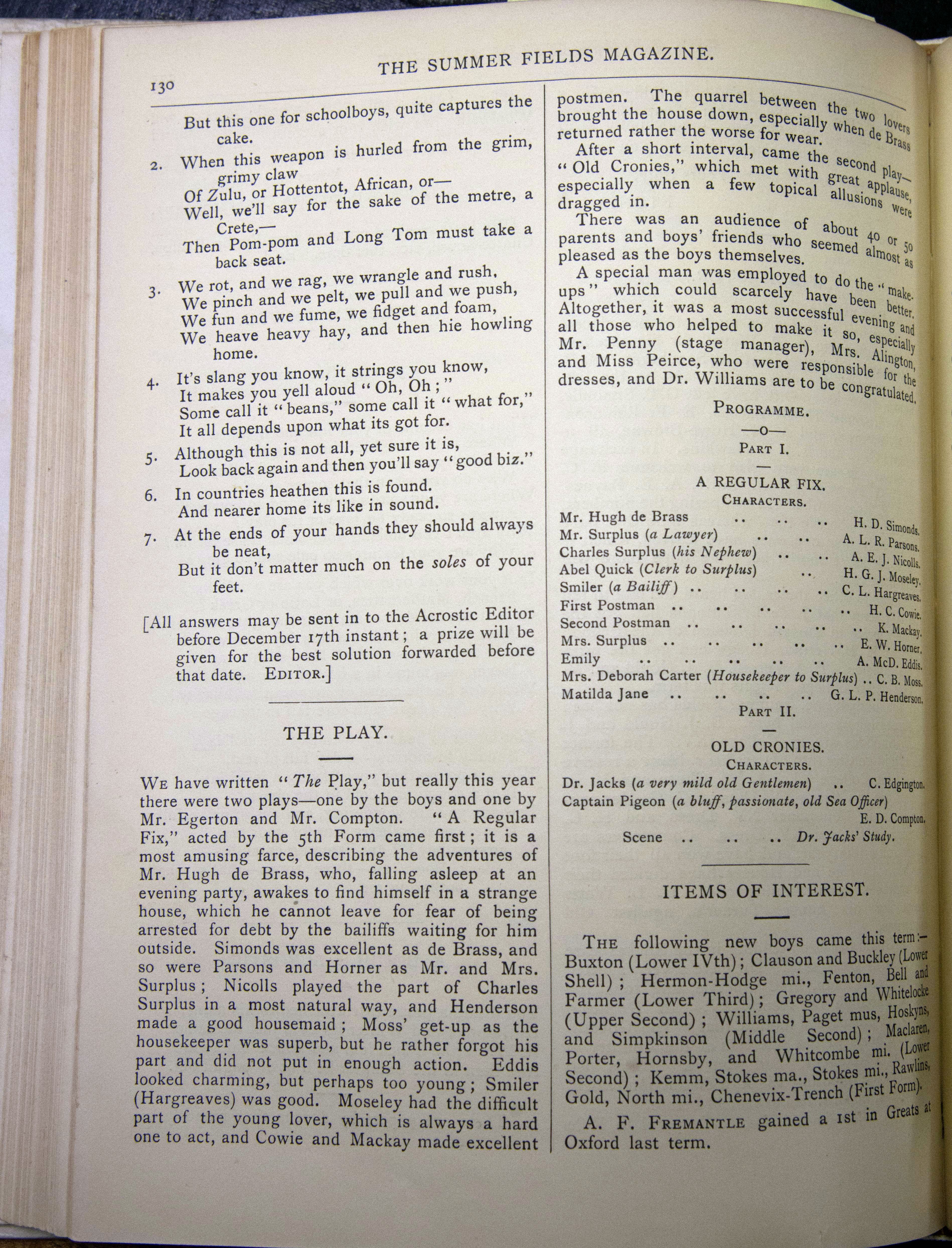 The Summer Fields Magazine: The Play

Harry’s academic performance at Eton was noted and rewarded. He received Charles Darwin’s The Descent of Man (1899) as a prize in Spring 1904. The volume of “Sent Up Copies” contains exercises in science and mathematics judged particularly notable by teachers. These were sent to the school’s headmaster as examples of excellence. The volume features work by several different pupils and is open to show two questions tackled by Harry in 1904. 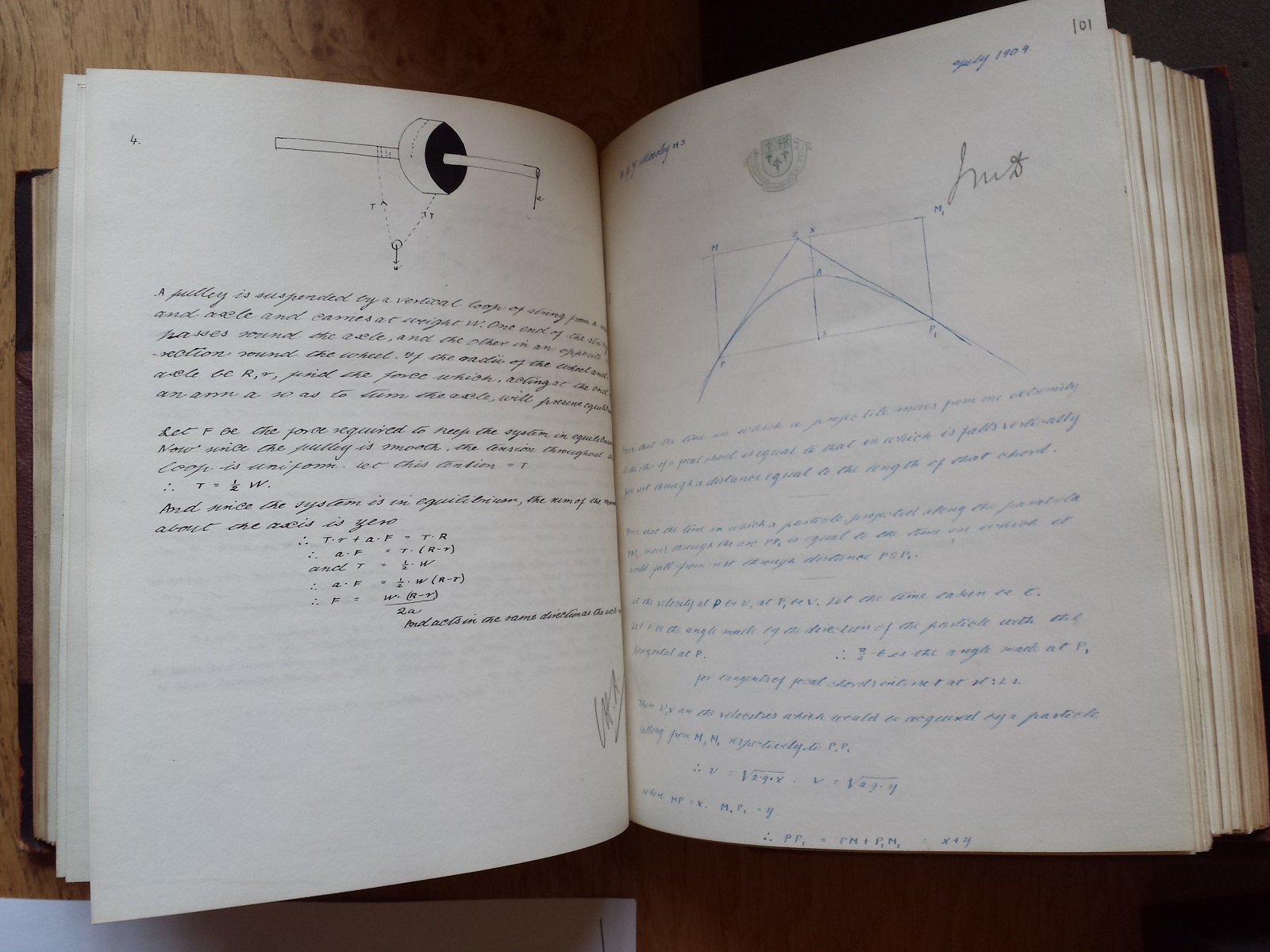 “Sent Up Copies” volume. Lent by the Provost & Fellows of Eton College.

Moseley’s mother Amabel regularly noted Harry’s comings and going while at Eton, and she continued this record throughout his time at university in Oxford, even though she lived in the city herself. Her 1906 diary notes Harry’s first arrival at Trinity College.