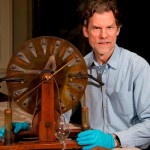 What is an armillary sphere?

The armillary sphere is an instrument that extends right back to the ancients, and was certainly in used by the second-century astronomer and mathematician Claudius Ptolemy, of Alexandria. It was a mathematical instrument designed to demonstrate the movement of the celestial sphere about a stationary Earth at its centre.

The concept of the celestial sphere was fundamental to astronomy from Antiquity through the Middle Ages and into the Early-Modern era. At the centre of the sphere is the Earth. As the Earth is stationary in this model, it is the celestial sphere which rotates about it and acts as a reference system for locating the celestial bodies – stars, in particular – from a geocentric perspective. 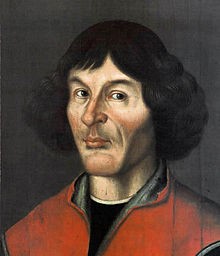 The instrument survived throughout the medieval period into the early modern era, and in many respects came to symbolise the queen of the sciences, astronomy. It wasn’t until the middle of the sixteenth-century that the basis of the instrument – a geocentric concept of the Universe – was seriously challenged by the Polish mathematician, Nicolaus Copernicus. Even then, the instrument still continued to serve a useful purpose as a purely mathematical instrument.

How does an armillary sphere work?

Held stationary at the centre is a small brass sphere representing the Earth. About it rotate a set of rings representing the heavens – the celestial sphere – one complete revolution approximating to a day or 24 hours. The sphere is mounted at the celestial poles which define the axis of rotation, and its structure includes an equatorial ring and, parallel to this, above and below, two smaller rings representing the Tropic of Cancer to the north, and the Tropic of Capricorn to the south. Touching each of these circles, and crossing the celestial equator at points representing the equinoxes (equal hours of night and day), is the ecliptic circle or zodiac ring. This ring represents the annual pathway of the sun as, independently of the other stars, it makes its unique journey through the constellations of the zodiac. 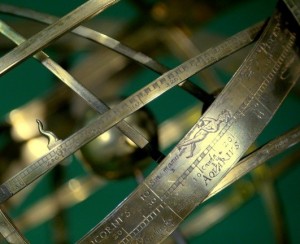 Each of the signs of the zodiac is engraved upon the ecliptic ring which is also calibrated with a calendar scale enabling the instrument to be used to model the apparent motion of the sun and the stars at any time of the year. The instrument could be used not only to model the movements and relative geometry of the heavens, but to carry out all sorts of calculations such as the times of sunrise and sunset, the length of a day, and the altitude of the sun or stars.

Suspended within a ring the sphere sits in a cradle which is mounted on an elegant tripod stand. The position of the ring can be adjusted for latitude within the cradle. At the top of the stand is another ring representing the celestial horizon. As the sphere rotates, anything above the horizon ring at any one time will, in theory, be visible in the heavens; anything below, will be hidden.

Smaller armillary spheres such as this one were generally used for demonstration to show the movement of the sun and the heavens. Much larger armillary spheres were constructed for observation and measurement. These would have carried sights positioned opposite each other on pairs of rings to establish celestial coordinates.

This particular instrument is Italian, made in Rome in 1588, and is signed by Carlo Plato. It has a number of unusual features that make it rather special, such as the moon mounted on a separate ring within the sphere, and a number of stars represented by individual pointers.