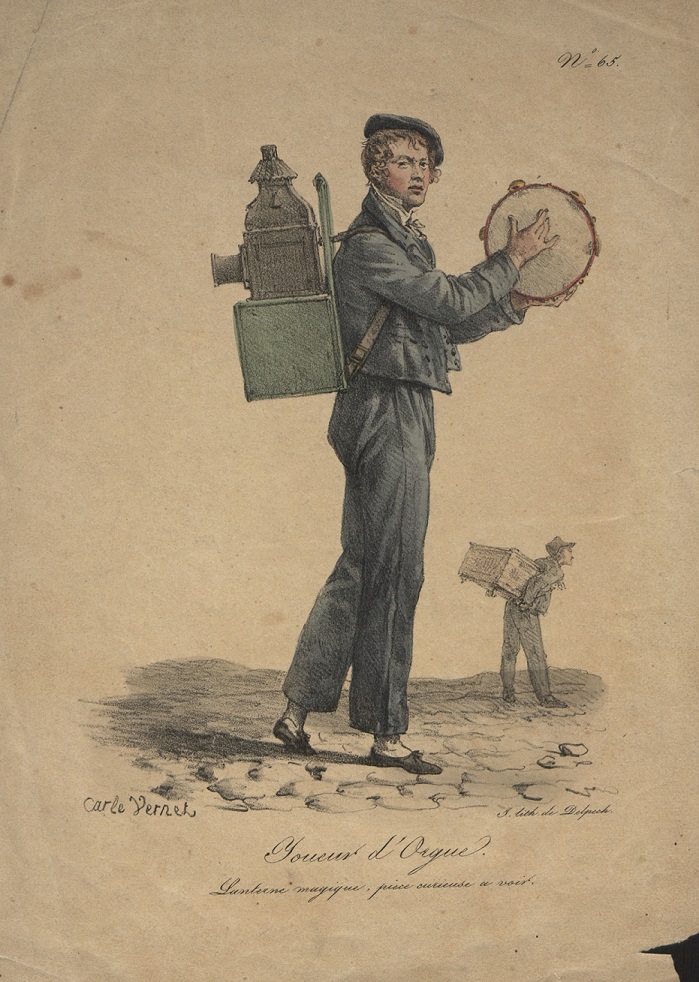 Magic lanterns were developed in the 17th century and used a lens, mirror and candle to project hand-painted glass slides onto surfaces. During the 18th century, they were used for entertainment, frequently in séances and other supernatural shows. By the 19th century, magic lantern shows included movement of the lantern and were held in front of audiences, as a form of early cinema. 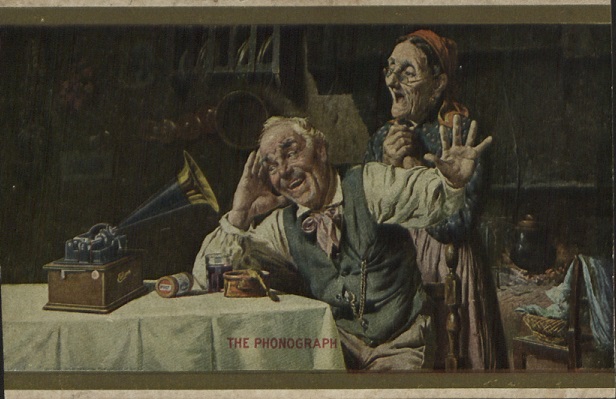 The phonograph was invented by Thomas Edison in 1877 and was the first device able to reproduce recorded sound. Advertisers exploited the early 20th-century craze for postcards and many different industries used them to influence and entice consumers. This example, showing an Edison cylinder phonograph, highlights the major benefit of owning a one – enjoying recorded music in your own home. 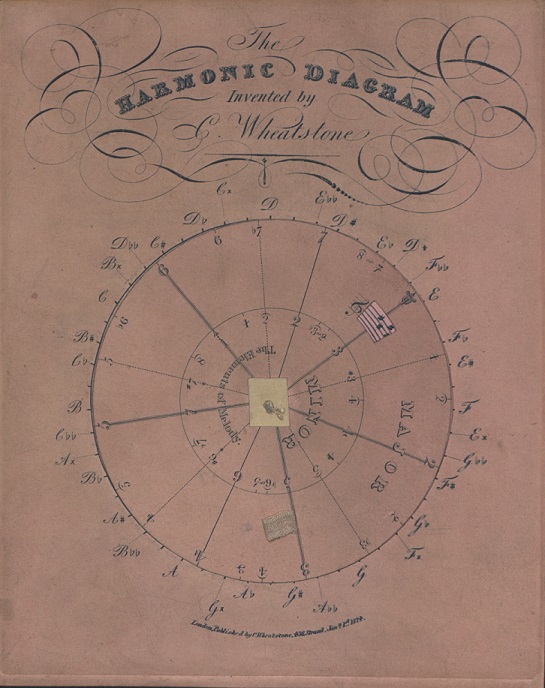 “The Harmonic Diagram,” designed in the 19th century by Sir Charles Wheatstone, was a mechanical computer for explaining musical harmony and the circle of fifths. The key signatures for all major and minor scales and every degree for each scale are shown, with the sharps and flats revealed through the small window as the disc is rotated.