Magic Circles and Sundials – In Print 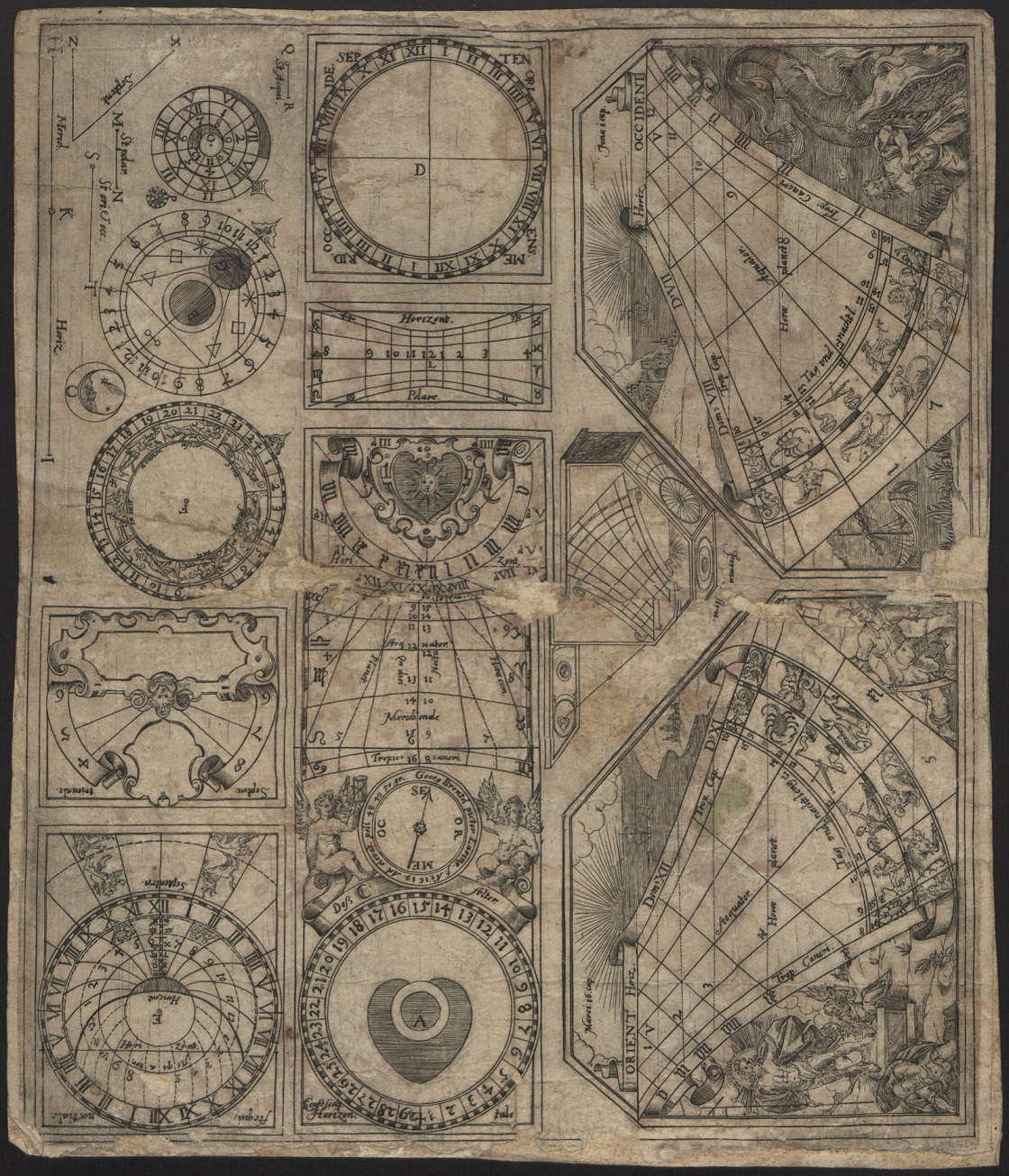 Paper sundials were commonly made in imperial merchant city of Nuremberg in the late sixteenth and early seventeenth centuries. A guide to creating the polyhedral dial from this flat pattern is seen in the centre. This is one of Brentel’s later works which includes his characteristically detailed vignettes. Such paper dials could be easily traded between scholars, and the engraved copper plates used to make them updated for innovations and new discoveries.

A magic square is an arrangement of numbers where each row, column and diagonal add up to the same number. Franklin’s square is semi-magic (where just the rows and columns add up to the same number), but created a novelty in bent rows summing to the constant. This 16-square was described by his friend James Loggan as “the most magically magical of any magic square ever made by any magician”. It was first published in Ferguson’s The Tables and Tracts Relative to Several Arts and Sciences (1767) and was also published in the popular Gentleman’s Magazine. 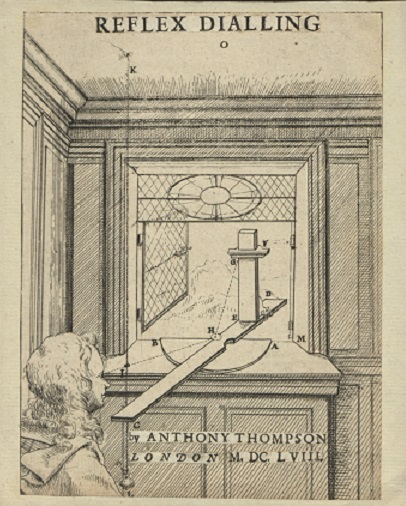 This frontispiece shows a man using a ‘reflex’ sundial. Thompson was part of a dynasty of wooden instrument makers, based at Hosier Lane near Smithfield in London who made this sort of dial. This dial was not popular, as it had to be marked on a ceiling or wall to be read.