Plaiting machine made of LEGO 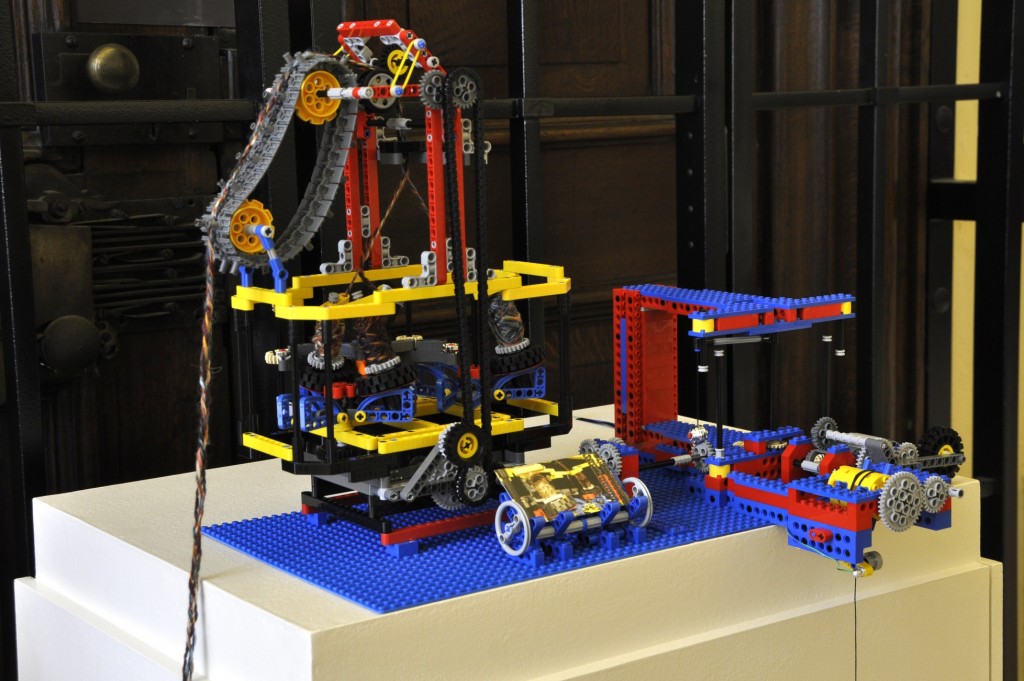 Plaiting machine made of LEGO by Alex Allmont Oxford, 2010

The LEGO Plaiting Machine slowly weaves together three yarns of wool through the force of gravity. To regulate its speed the machine uses an ornate clock escapement from the late 19th century called a ‘flying pendulum’; this escapement is very sensitive to change and can behave erratically when driving a varying load such as this complex machine. The plaiting movement is similar to that used in rope manufacture to this day.

Alex Allmont is currently studying Contemporary Art and Music at Oxford Brookes University, where this piece was presented as specialist subject work in early 2011.

This machine resets every 10 minutes.