The human brain at first appears to be without any functioning parts. Its seemingly uniform soft, grey mass remained more or less impenetrable for thousands of years. By the time of the Renaissance more brains were being dissected, often through efforts to uncover the seat of the soul. From the 17th century onwards a much more detailed anatomical picture was emerging, thanks in part to the ingenious use of ink injections into the blood vessel system of the brain. 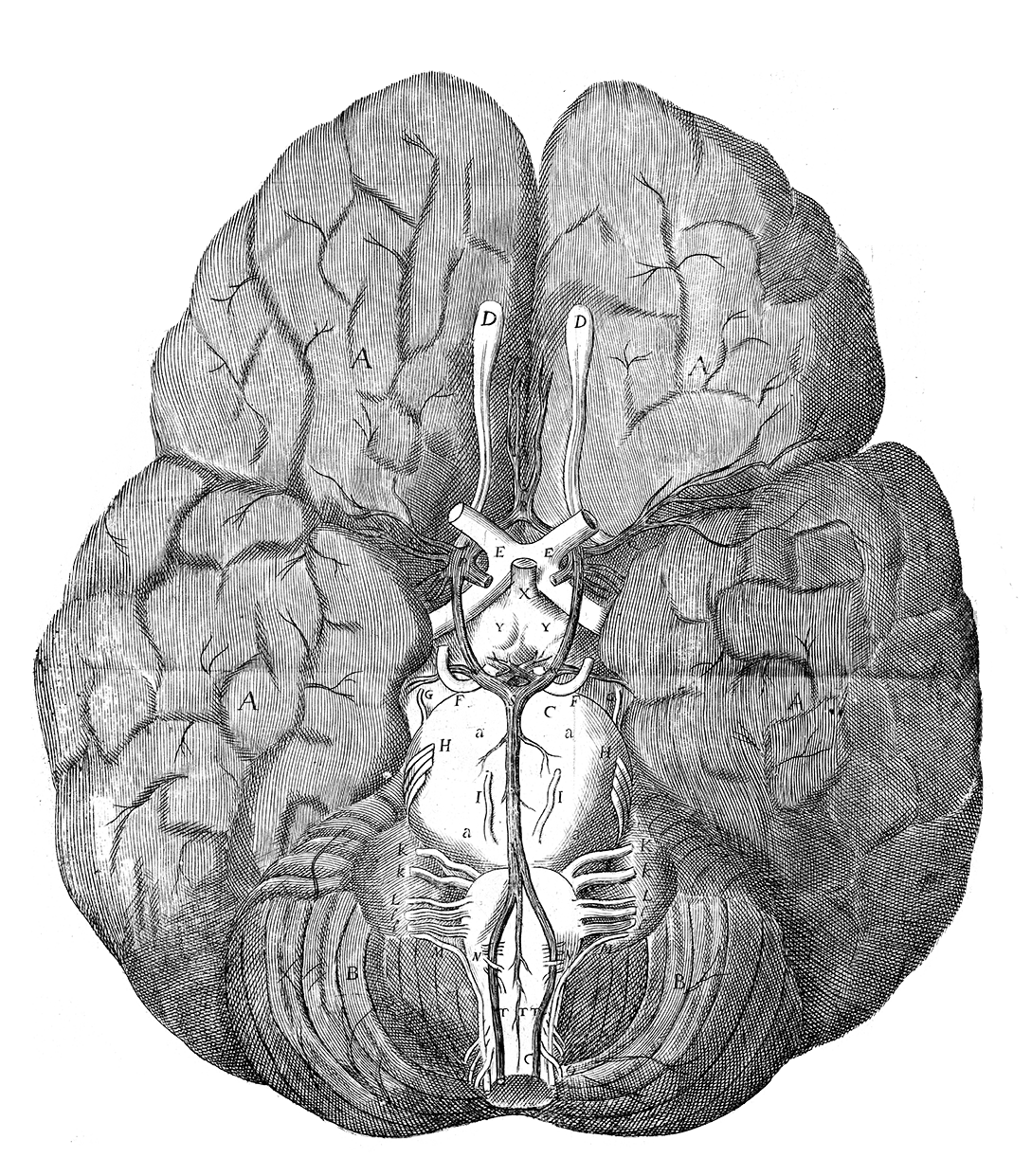 Anatomy of the brain, Thomas Willis, 1664

Circle of Willis
Thomas Willis (1621-1675), an English physician and professor of natural philosophy at Oxford, has become known as the father of neuroscience. Willis took a particular interest in studying the nervous system in order to understand diseases of the brain and his 1664 publication, Cerebri Anatome, offered a hugely influential account of the anatomy of the brain and nervous system, developed through the direct study of real brains.

Cerebri Anatome first coined the term ‘neurology’ to describe the arrangement and study of nerves, and also featured beautifully detailed illustrations drawn by Willis’s contemporary Christopher Wren. Perhaps the most famous of these drawings is shown here in this 1682 Opera Omnia edition of Willis’s collected works. It depicts what has become known as the Circle of Willis – an important circle of arteries located at the base of the brain.

Angiogram of the brain

This video shows a three-dimensional image of the blood vessels of the brain, known as an angiogram. The static image on the right shows the location of important structures, including the Circle of Willis.