A new astronomical instrument. Made by J. Ferguson, Published Aug. 29. 1757 according to Act of Parliament, London, Engraving, intaglio, Inv. 14159 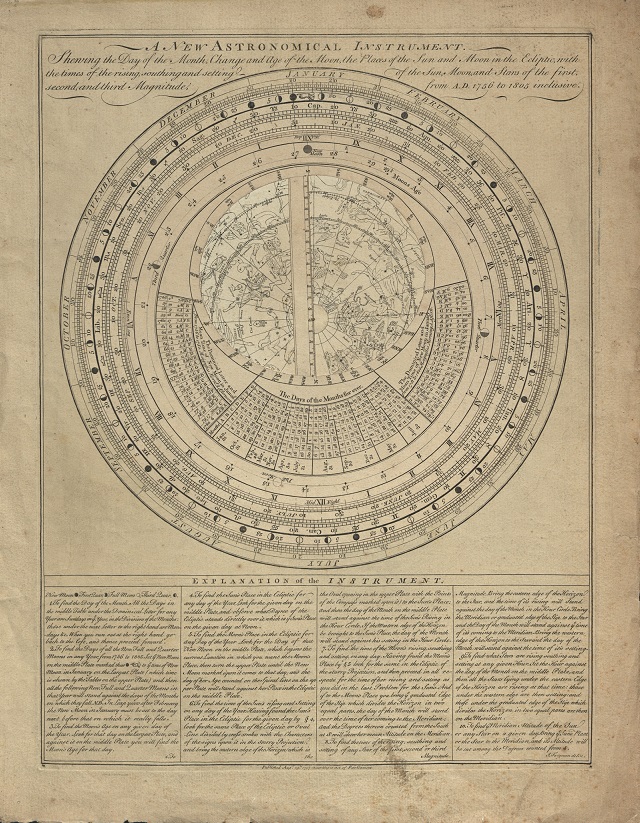 Ferguson, a self-taught natural philosopher and astronomer, began his career as a limner and miniature painter. In 1755 he bought copperplates and moulds for globes from John Senex. He traded in orreries and other instruments from the Strand until he sold his business to Benjamin Martin in 1757. Its central volvelle can be turned to calculate the trajectory of the moon and sun.

A View of the Solar System and Orbit of the Comet with its proper Elevation, by Benjamin Martin, London, 1757, Engraving, intaglio, Inv. 14316 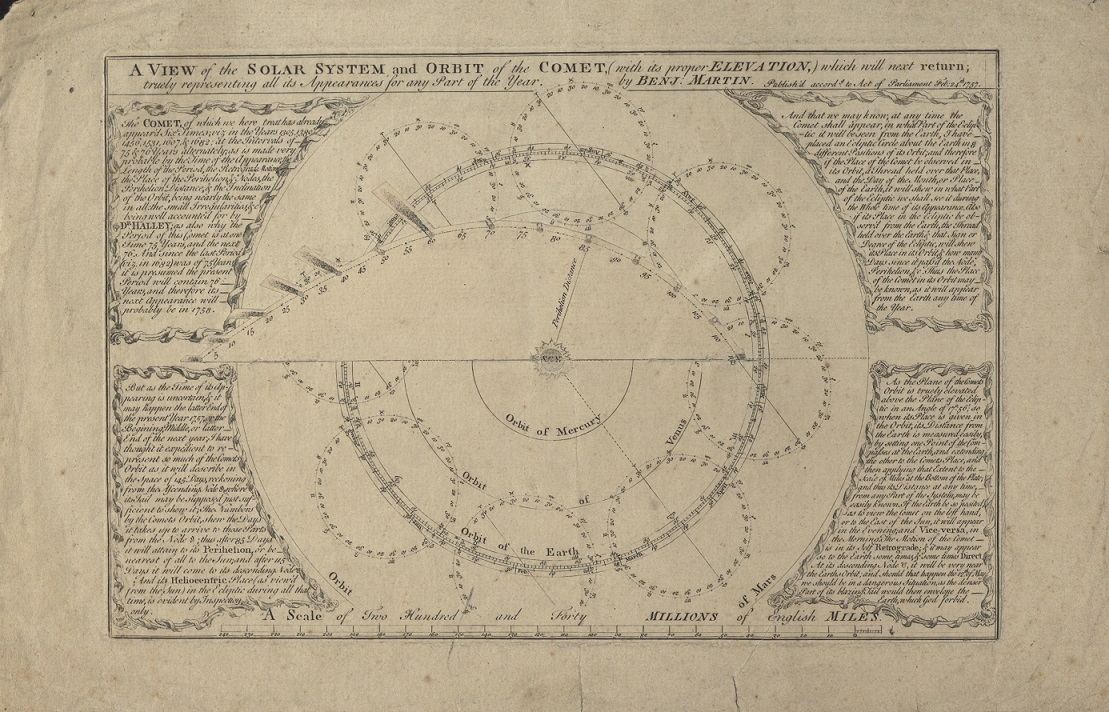 This broadside shows the 1761 and 1769 Transit of this broadside shows the orbit of a comet in 1757, using a three-dimensional flap to illustrate the movement of the comet across the sky. Martin produced this at the height of his varied and prolific career between 1735 and 1782 as a writer, publisher and lecturer on astronomy, optics, electricity and experimental philosophy. In 1757, he had recently purchased the globe plates and tools of the instrument maker John Senex from James Ferguson and began to produce more of his own instruments.