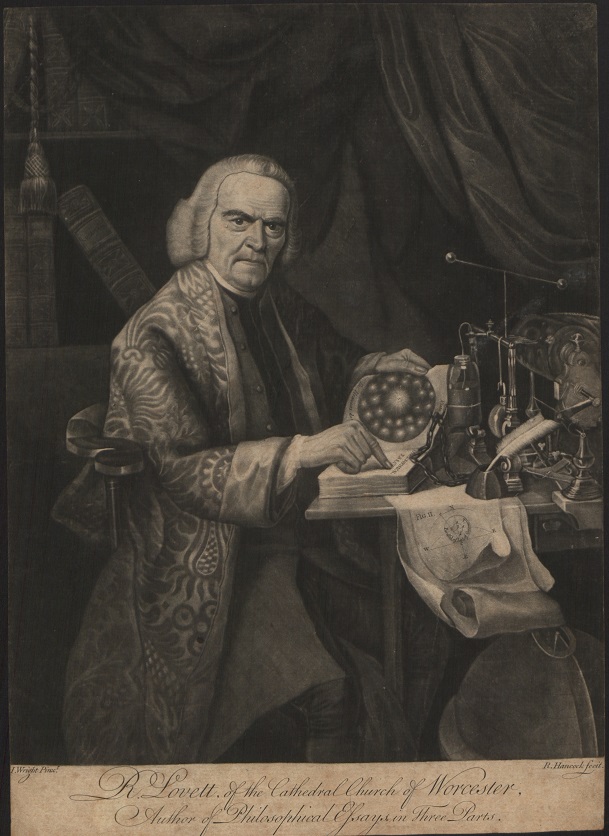 Richard Lovett (1692-1780) was a lay clerk at Worcester Cathedral. He acquired a friction machine in 1750 and became interested in the medical uses of electricity, advertising himself as able to use it to cure a sore throat in 1758. He authored a number of popular books on electrical science. Although condemned as ignorant, he communicated ideas from Newton and Franklin for a lay readership. 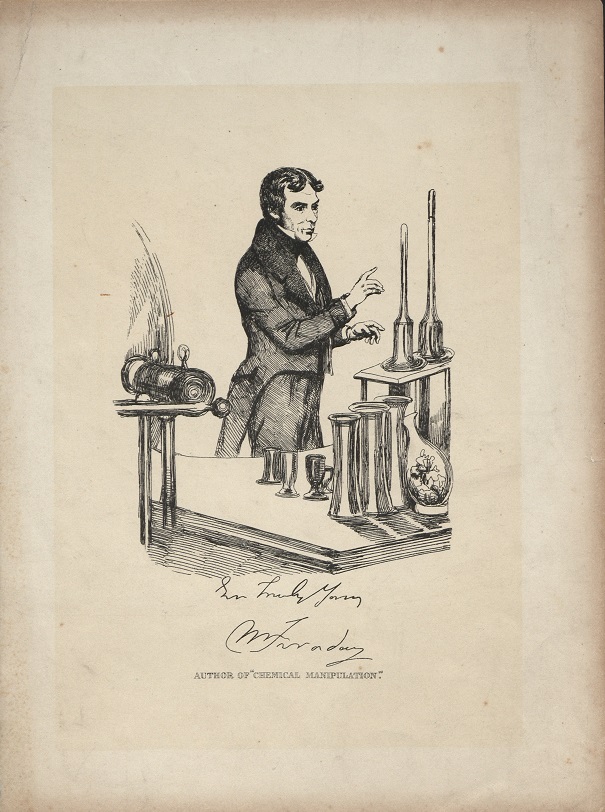 In 1831, while working in the Royal Institution, Faraday (1791-1867) discovered electromagnetic induction, discovering how electricity could be generated by passing a magnet in and out of a helix with wire, which created a transformer and dynamo. This portrait shows Faraday in his laboratory, the first such portrayal of a portrait of a chemist. 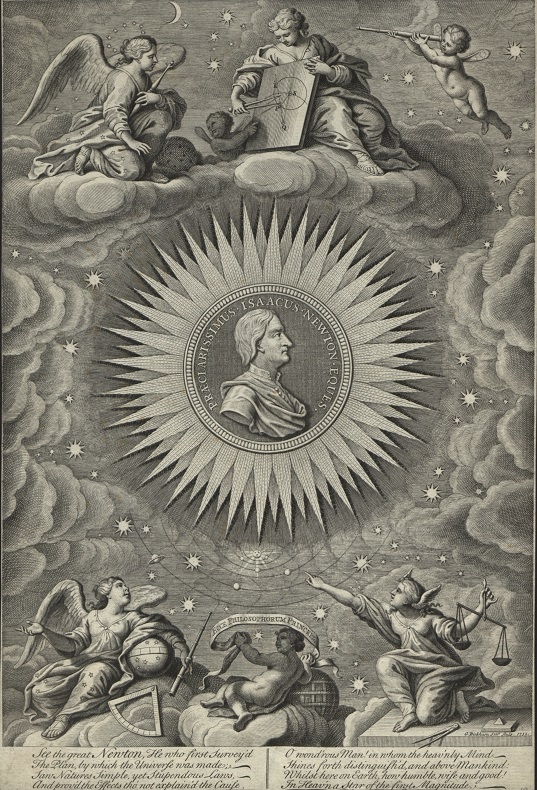 This is a line engraving of a bust of Isaac Newton (1642-1727). This commemorated Newton five years after his death. He is surrounded by allegorical figures: angels and putti using globes, telescopes, quadrants, and dividers. The use of such allegory was common in depicting abstract sciences such as mathematics in the early modern period.