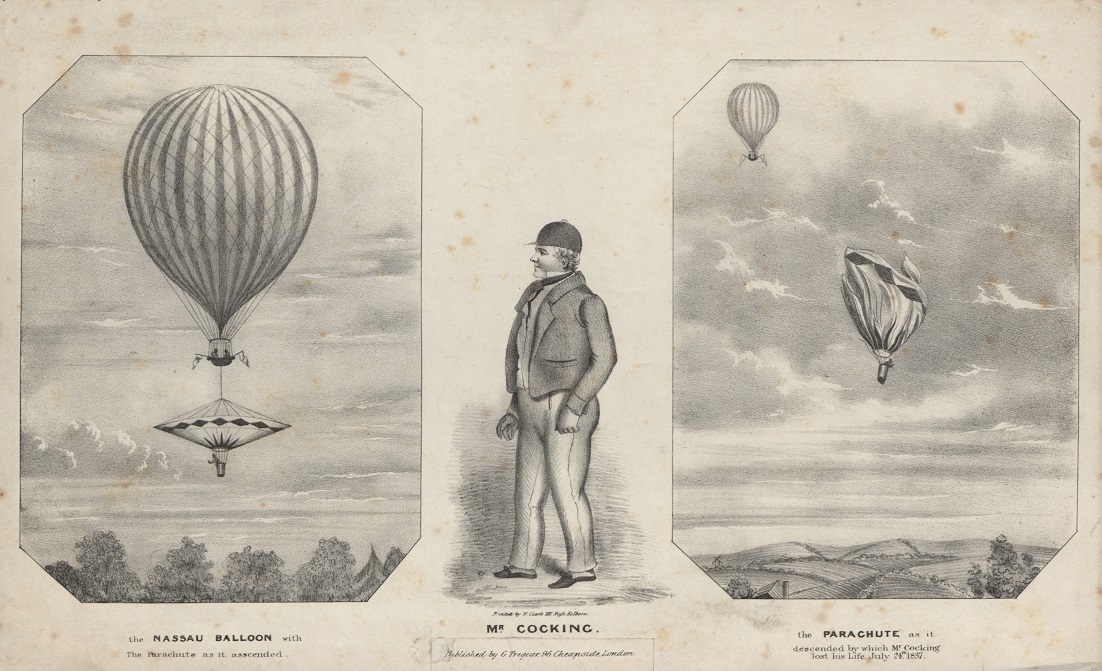 Three lithographs showing Robert Cocking’s fatal test of a new parachute based on an inverted cone design. The attempt was made publicly at Vauxhall Gardens in July 1837, with the Royal Nassau Balloon piloted by Charles Green and Edward Spencer. Upon its release at 5,000ft the parachute turned inside out and ripped away from the basket below, leaving Cocking to fall to his death. Blame was initially ascribed to a failure to account for the weight of the parachute, but the flimsy construction was also found to be at fault. 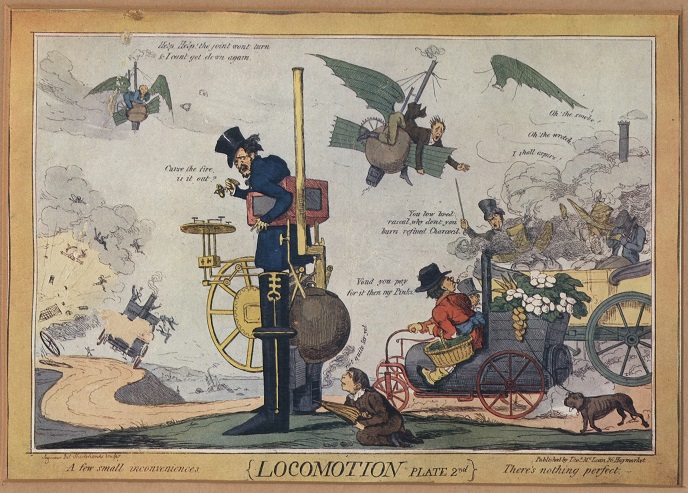 This print satirizes the new ‘Age of Steam’, showing a caricature steam walker, carriage, and flying machine breaking down and blowing up. It is a companion plate to one depicting more successful attempts. Robert Seymour took on the pseudonym “Shortshanks” for his caricatures in the style of famous caricaturist George Cruikshank, but discarded it when Cruikshank objected.

Advertisement, An Exhibition of Handcock’s Carriage for Travelling Without Horses, Printed by Grosvenor and Hall, Oxford, 19th Century, Inv. 13203

Steam carriages were quicker, more stable, more economical, and caused less damage to roads than horsedrawn carriages. Between 1831 and 1840 Walter Hancock built ten steam carriages to provide intercity passenger services by road. Hancock introduced ‘the Infant’ in 1831, travelling between Stratford and London, and in 1833 a service called ‘the Autopsy’, running between Finsbury Square and Pentonville.