A Celestial Atlas – In Print Exhibition 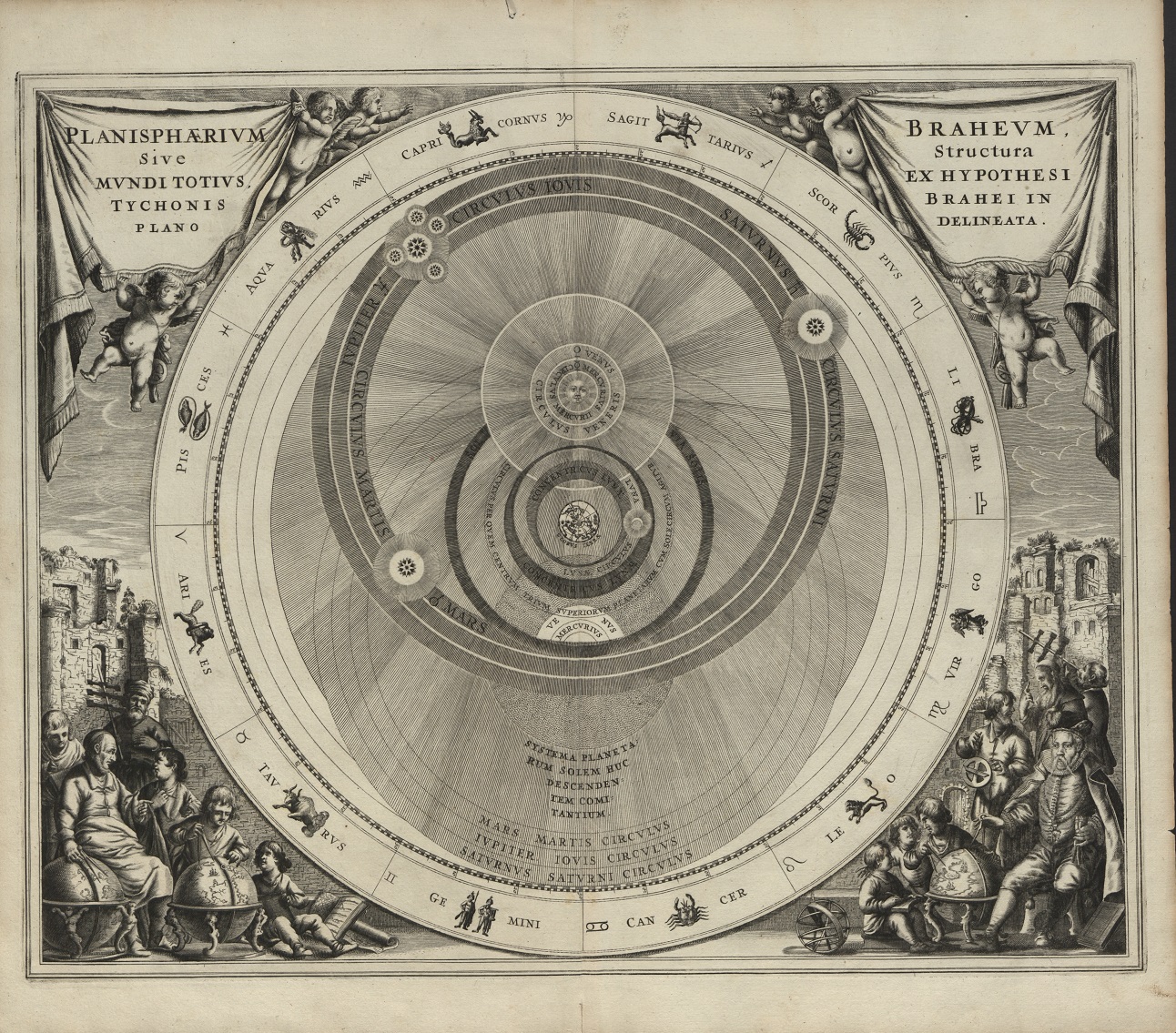 This plate is taken from the later printing of the Harmonia Macrocosmica, a celestial atlas by Andreas Cellarius, first published in 1660. It illustrates the Tychonic system, the cosmology elaborated by the Danish astronomer Tycho Brahe, who is depicted sitting in the bottom right corner. He observed that the planets orbited the sun, but remained convinced that the sun orbited the earth as it remained stationary.