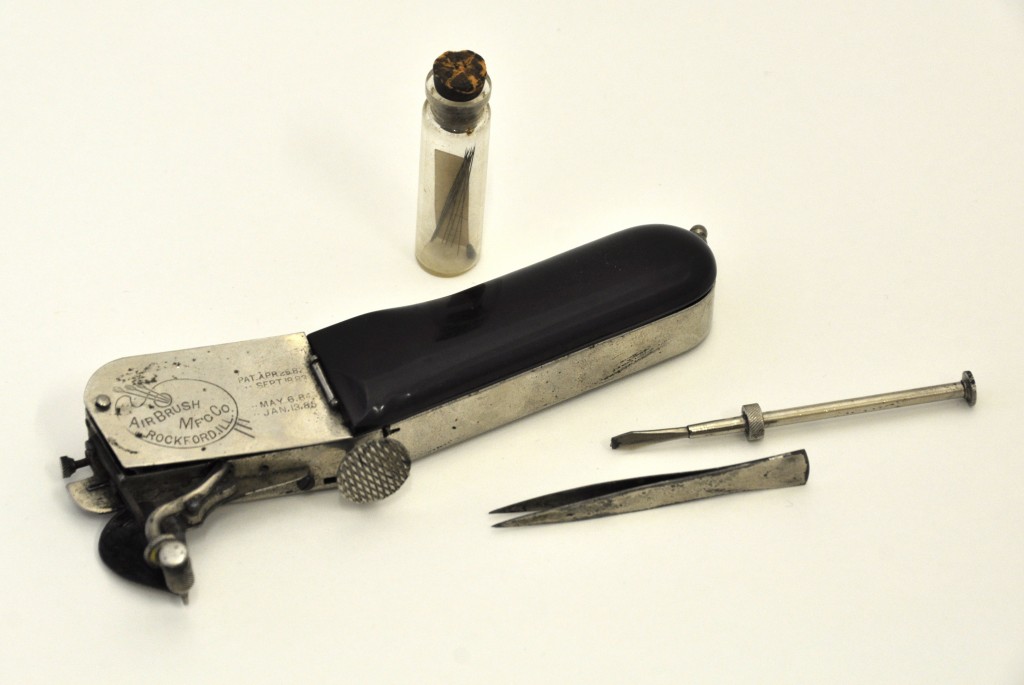 Despite earlier claims to the contrary, the first mass produced art tool for photo retouching and art was sold by the Air Brush Manufacturing Co. in 1885. Based on a device designed by Abner Peeler that employed a jam spoon, a sewing needle, some fencing staples and blocks of wood, this instrument led the way for modern image manipulation. Artwork created with this restored Air Brush has been exhibited in the Mall Galleries London, proving beyond doubt that it was an intricate way of painting. All mechanical paint spraying devices followed this instrument – it was a real world first.

This instrument has been used to train photo historians at Kodak’s International Museum of History.