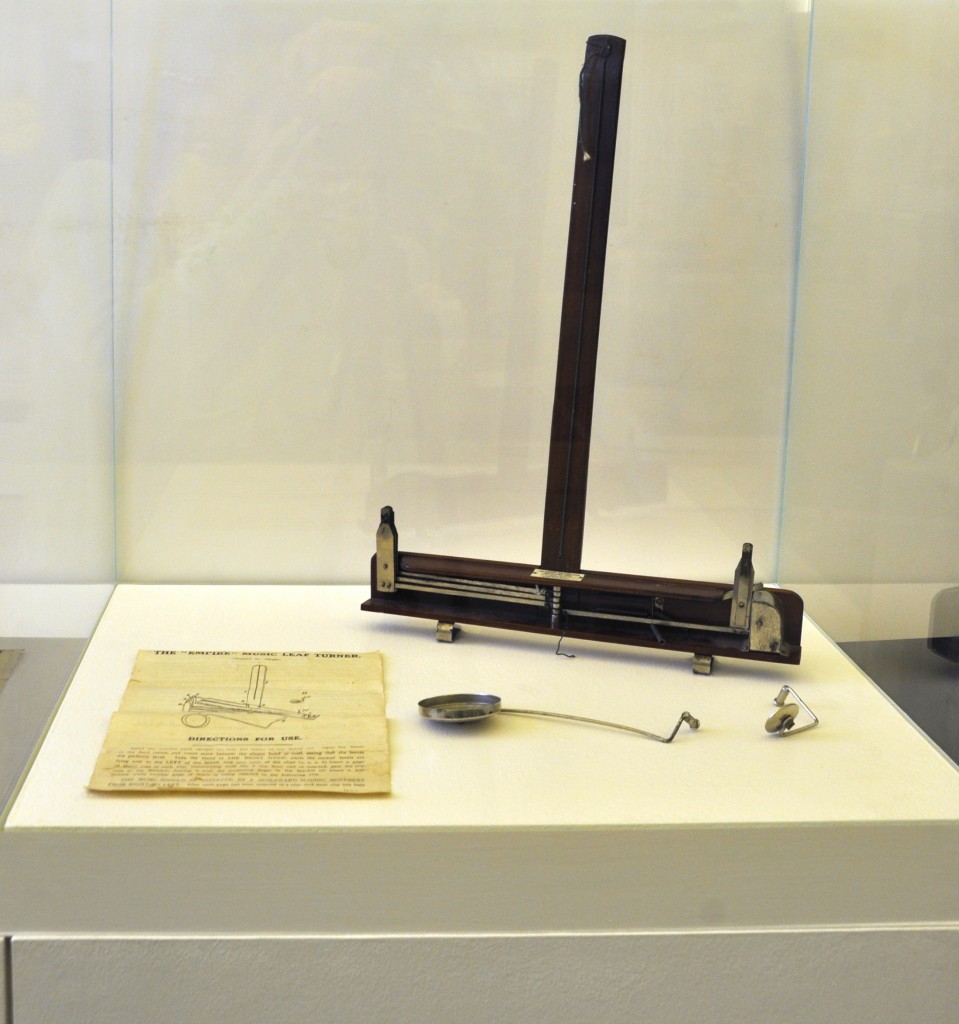 The ‘Empire’ Music Leaf Turner by the British and Colonial Industries Association, c.1890

Musicians often need to turn the pages of their music quickly, having no time to put down their violin bow or flute. A number of ingenious automatic page-turners have been devised from the nineteenth century – the conductor Charles Halle (1819-1895) is said to have invented an early one – right up to the present day. This patented example was made by the British and Colonial Industries Association in the 1890s. It operates by spring-loaded levers which are interleaved between the music pages before the performance starts. They are activated by tapping the shiny metal extension with a bow, or by blowing sharply into the cup.