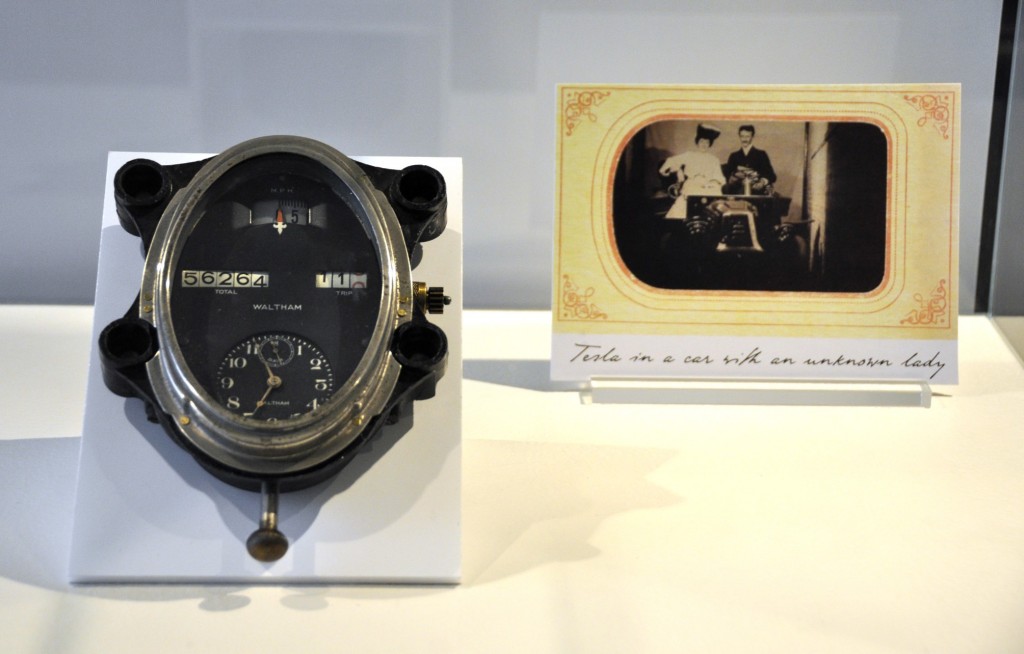 Speedometer by the Waltham Watch Company applying a patent of Nikola Tesla, c.1925

When he wasn’t revolutionising the electrical and radio world, pioneering science genius Nikola Tesla was involved in a number of engineering projects. One of these was in collaboration with the Waltham Watch Company to use Tesla’s speedometer patent (US #1209359, the first patent for a speedometer).

The Waltham Watch Company, of Waltham, Massachusetts, was a prestigious instrument maker, making Abraham Lincoln’s timepiece, as well as having one of their watches flown on a moon-landing mission in 1971. It is only fitting that their association with the great Tesla should have yielded what is arguably the first device to measure speed, distance, and time.