Polyethylenterephthalat fish of the future 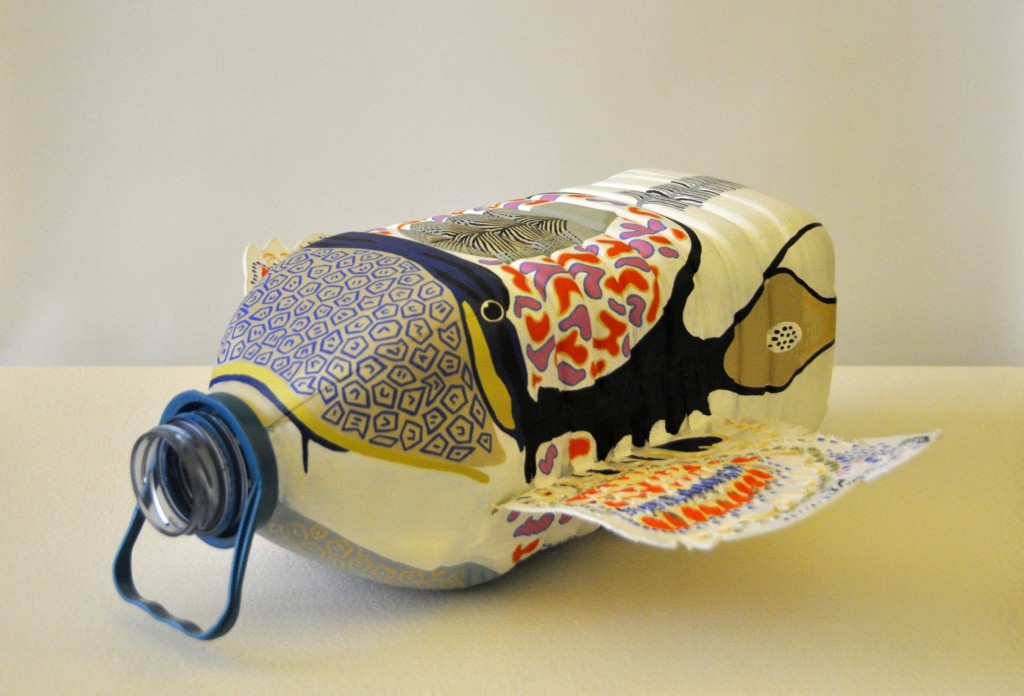 ‘My work mainly consists of illustrations on paper and painting plastic bottles. The fish exhibited here is part of a series titled ‘The Fear of Life’ that includes 8 different fish without wings and 6 large-scale paintings on paper. The work describes a transition of a static and dead structure turning into a living organism and vice versa, for example plastic bottles becoming coral reef fish or humans turning into dust. The Polyethylenterephthalat fish has not only evolved into a fish after being a discarded object but has developed wings to fly, meaning it is more advanced or adapted to its surroundings.’