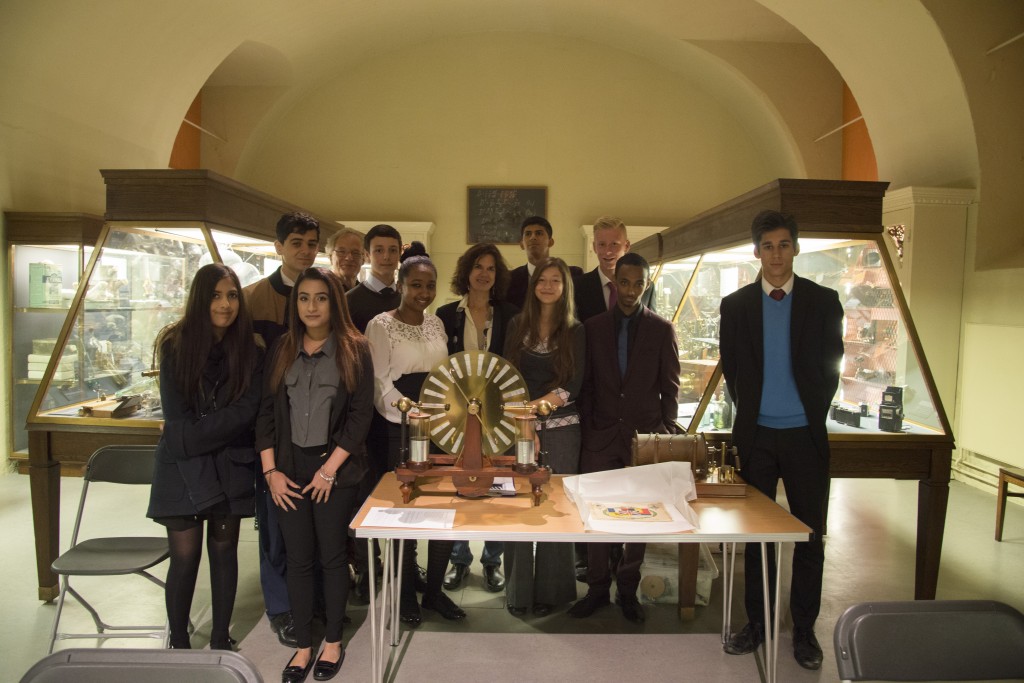 After a successful schools workshop, one of the students involved provided feedback for us:

Waking up in the morning and thinking you are about to go to one of the world’s most prestigious universities is somewhat exciting, but when you know you are about to be taught by the same people who are teaching the next generation of poets, scientists and politicians, is mind blowing.

When we arrived we were greeted with warm smiles and firm handshakes; immediately you could tell they were nice people, but they know what they are talking about. We were taken into the Science Museum, which is full of bizarre mechanisms that shaped our early understanding of science. It did not fail to amaze me how people back then discovered so much with so little resources:  truly inspirational.

After introducing themselves, we were led on a tour around the Henry Moseley exhibition, the man who found the missing elements on the periodic table using spectrometry, developing Moseley’s Law.  He signed up for the Great War, expecting to be based on the western front; instead, he was commandeered into the impossible Gallipoli mission, where he lost his life.

When asked what we wanted to achieve from the workshop, nearly all of us said we wanted to be inspired. I must admit, after the tour of the museum, I was feeling more tired than inspired. Personally, poetry has never been my strong point in writing.  I can also honestly say I have never been blown away by a poem before, but once the tutors stated talking to us and giving us ideas of different aspects we can look at when writing a poem, I was left in awe. I was writing poetry and I couldn’t believe it!

Overall, I think the day was a great success in terms of inspiring us. I was even considering using poetry as one of my final pieces, but now I am almost certain that I can write a strong piece of poetry to gain a good grade.