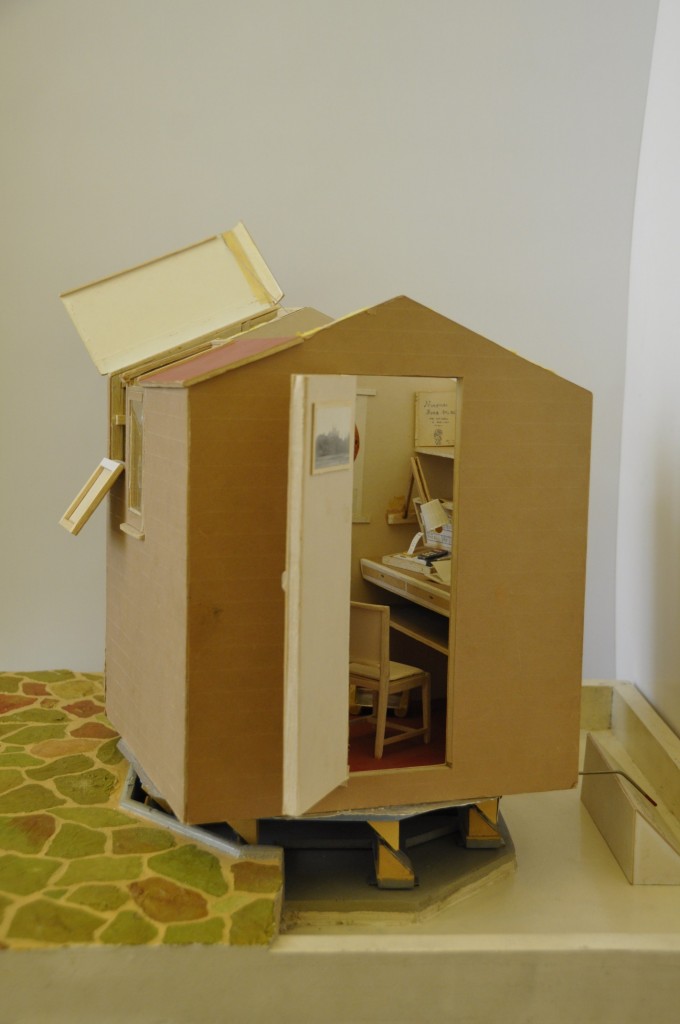 A 1-in-8 scale model of a unique astronomical observatory. The telescope (a 32-cm Newtonian reflector) sits in a separate, cold compartment while the observer works in a cosy room.

The observatory rotates on a circular track. A complex motorised framework in the pit below rotates about the polar axis, tilting the observatory by ±5o (!), to follow the stars automatically for 40 minutes.

The telescope, built by engineer and amateur astronomer Jack Ells, operated very successfully for many years. The telescope was originally built as an alt-azimuth instrument. The motorised, equatorial sub-frame that made the observatory tilt was added some years later.