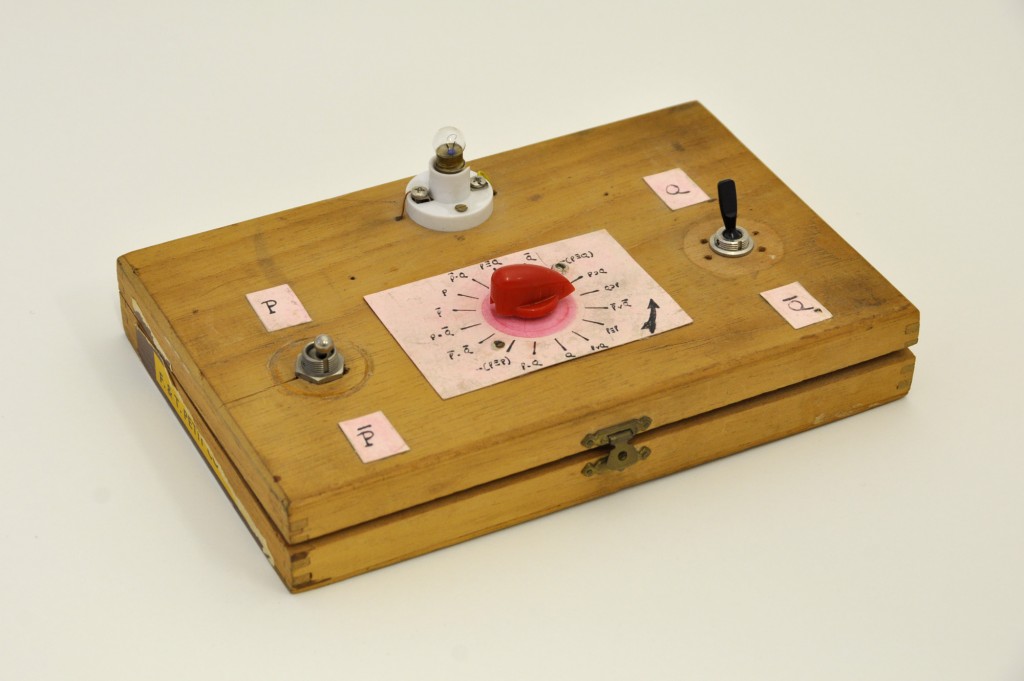 These devices were made by an Oxford student in the 1950s. They were directly inspired by seeing the original Jevons’ Logical Piano in this Museum. It is especially appropriate that they be exhibited here because the Jevons’ machine is currently on display in the Eccentricity exhibition.

The wooden machine is made of a cigar box. It has a central red knob which indicates 16 logical functions. Rotating the knob makes a sequence of electrical connections with a cocoa tin lid inside the box. The battery-powered lamp lights up when the two side switches for the truth or falsity of P and Q satisfy the logical function indicated by the knob.

The booklets kept in the Pifco box represent a further development. They have windows cut out to represent logical premises and conclusions. When the cards are superimposed and no light shows through the combination is logically correct. Subsequently, pre-cut IBM punched cards were used to demonstrate the same results.