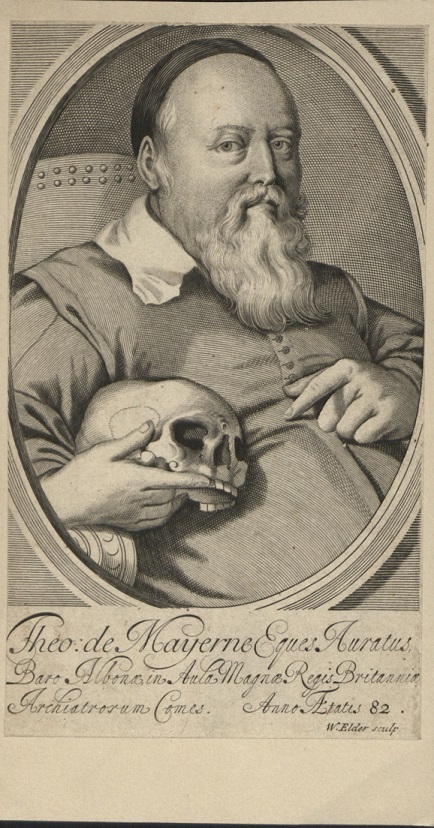 Sir Theodore Turquet de Mayerne (1573-1655) was born in Geneva and studied philosophy at the University of Heidelberg and medicine at the University of Montpellier, before experimenting in alchemy in Paris. Turquet was best known for his reform of medical practice. In 1605, he treated Lord Norreys of Rycote in Paris, who brought him to London. He became the physician to Queen Anne, wife of James I, who knighted him in 1624 and for whom he acted as a confidential agent across Europe. Turquet remained the queen’s physician during the reign of Charles I, who preferred William Harvey as the Royal Physician. 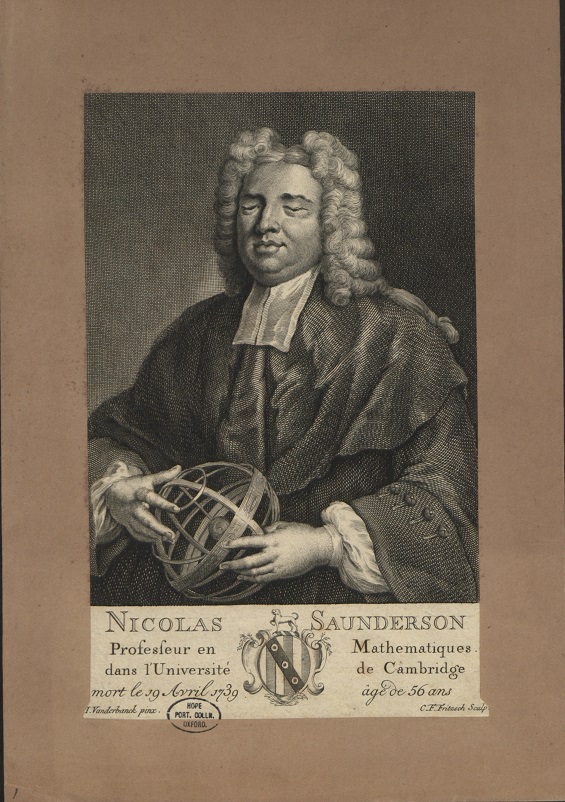 Nicholas Saunderson (1683-1739) is depicted holding an armillary sphere. Saunderson lost his eyes to smallpox before he was a year old. He taught himself to read by tracing the letters on gravestones and learned languages and mathematics by pricking holes in paper. He became the fourth Lucasian professor of Mathematics at Cambridge. 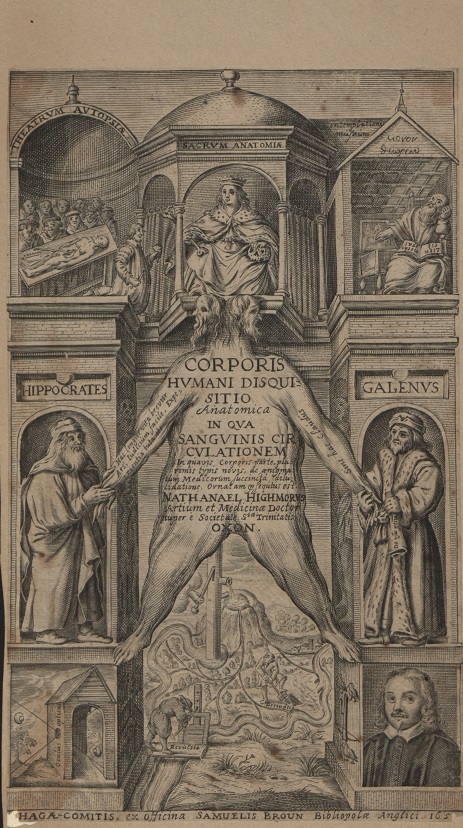 This frontispiece for Highmore’s book includes portraits of Galen and Hippocrates, an anatomy lesson, and a camera obscura for observation of the sun in the bottom corner. In the centre, there is a cadaver with a model of the circulatory system being pumped in a pastoral scene. The laying out of these disparate images in such frontispieces built relationships and historical associations between theories and practises in the medical, anatomical and optical sciences. It showed the reader the position of the author and book within debates and traditions of the discipline before they turned the page to the text.

Engraving, A Surgery with a Representation and Explication of the Chirurgical Instruments, printed according to Act of Parliament, Universal Magazine. Sold by J. Hinton, London, 18th century, Inv. 13692 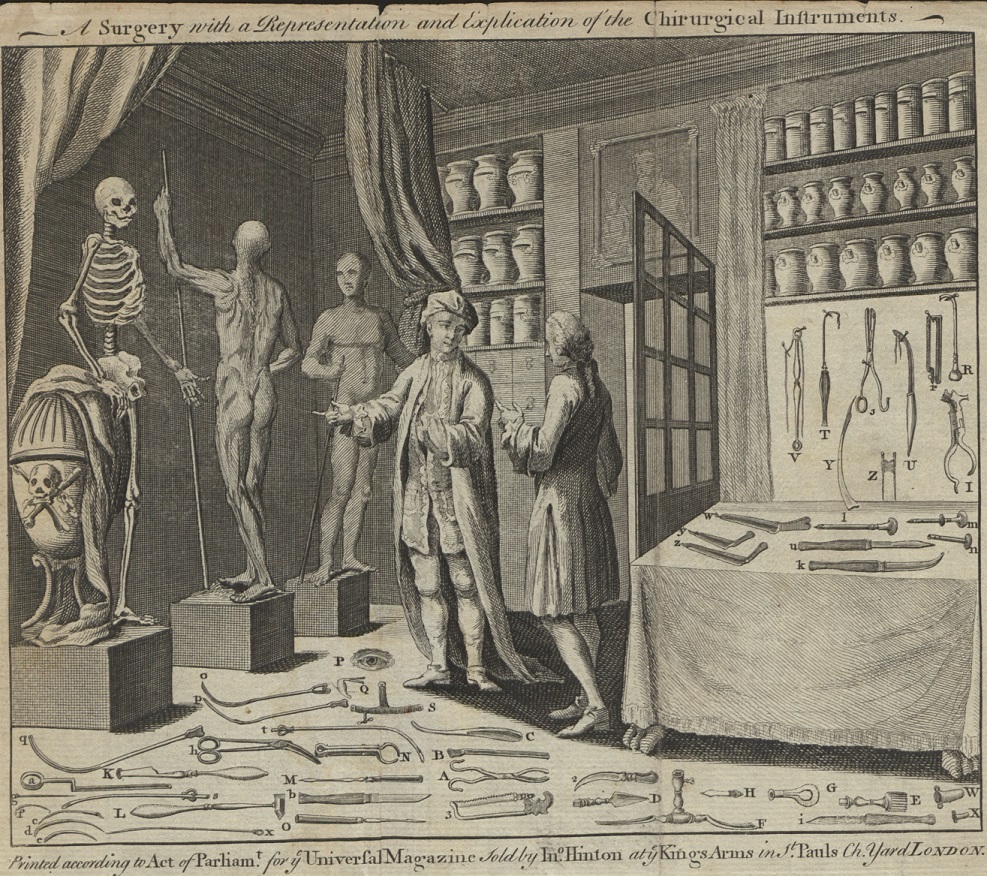