Prisms, lenses, telescopes and microscopes were standard equipment in lectures on optics. Other devices such as the camera obscura (a dark room) or a magic lantern could be demonstrated with great effect. There would often be a particular section on colours.

This illustration shows a girl and a woman using microscopes. Above are diagrams of a simple and compound microscope, as well as a magic lantern.

This illustration shows the behaviour of rays of light entering a dark room and the usage of prisms and lenses. 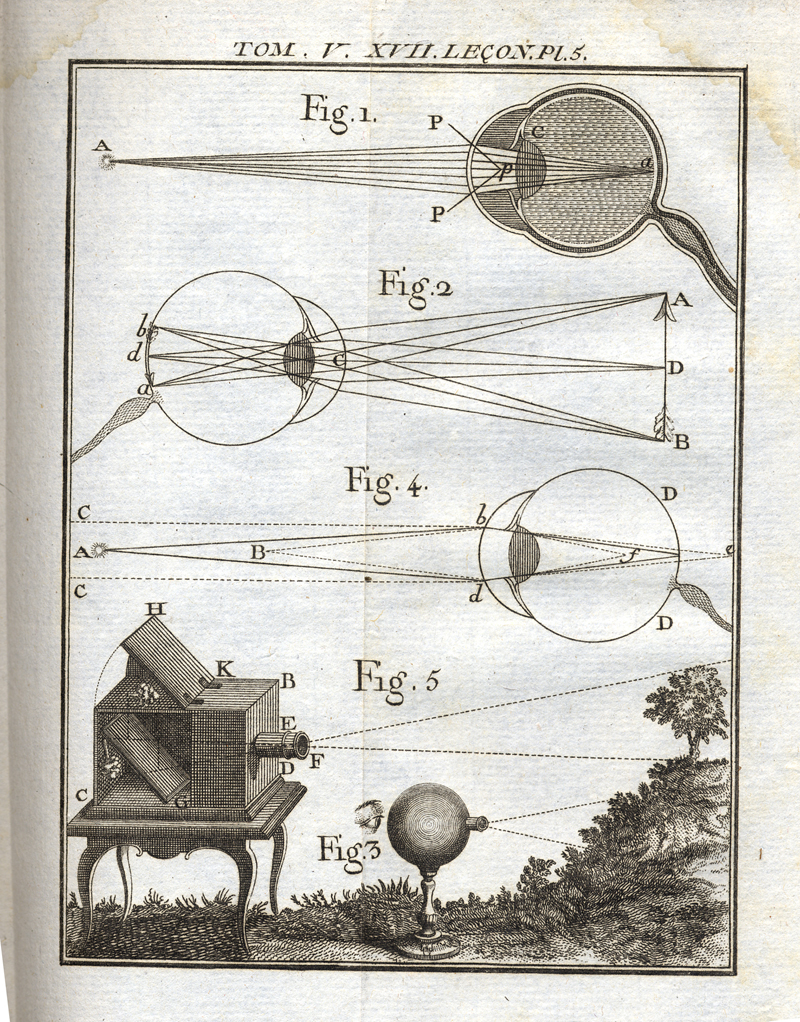 This illustration shows the principles of a camera obscura and how it works with a lens and mirror. This is compared to the properties of the eye. 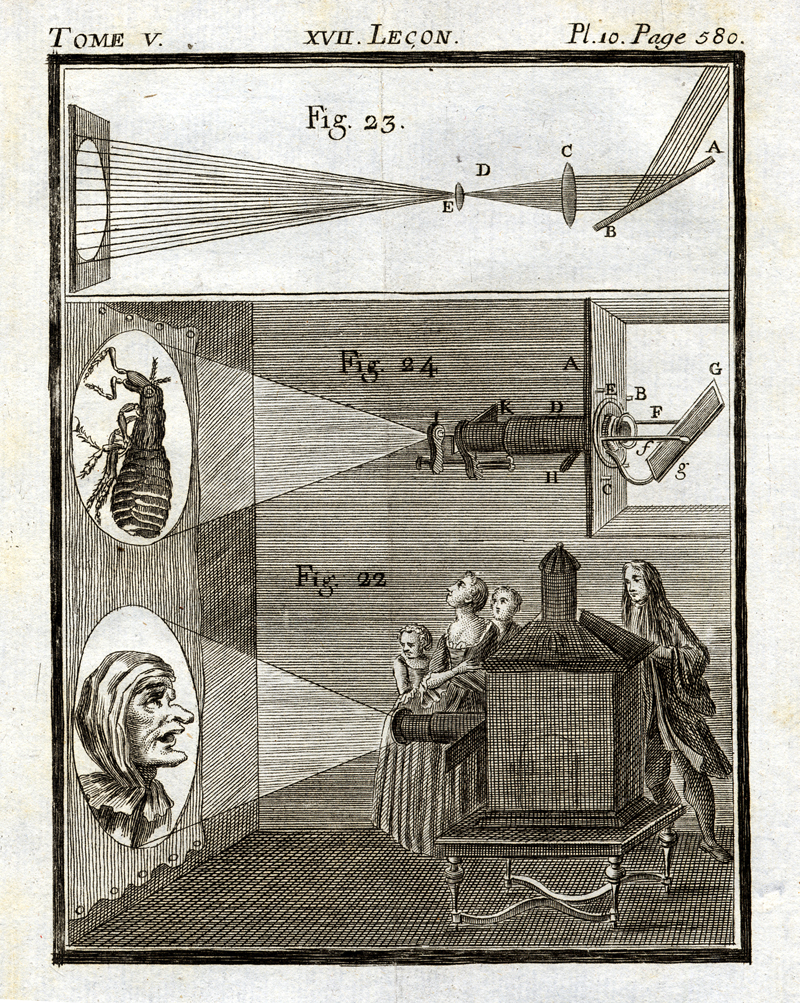 On the illustration a demonstrator is operating a magic lantern in front of an audience. The lower projection is of a painting on glass and above, there is a flea which looks hideously large. At the top a diagram a diagram shows how the light is projected with a mirror and lenses onto the wall. 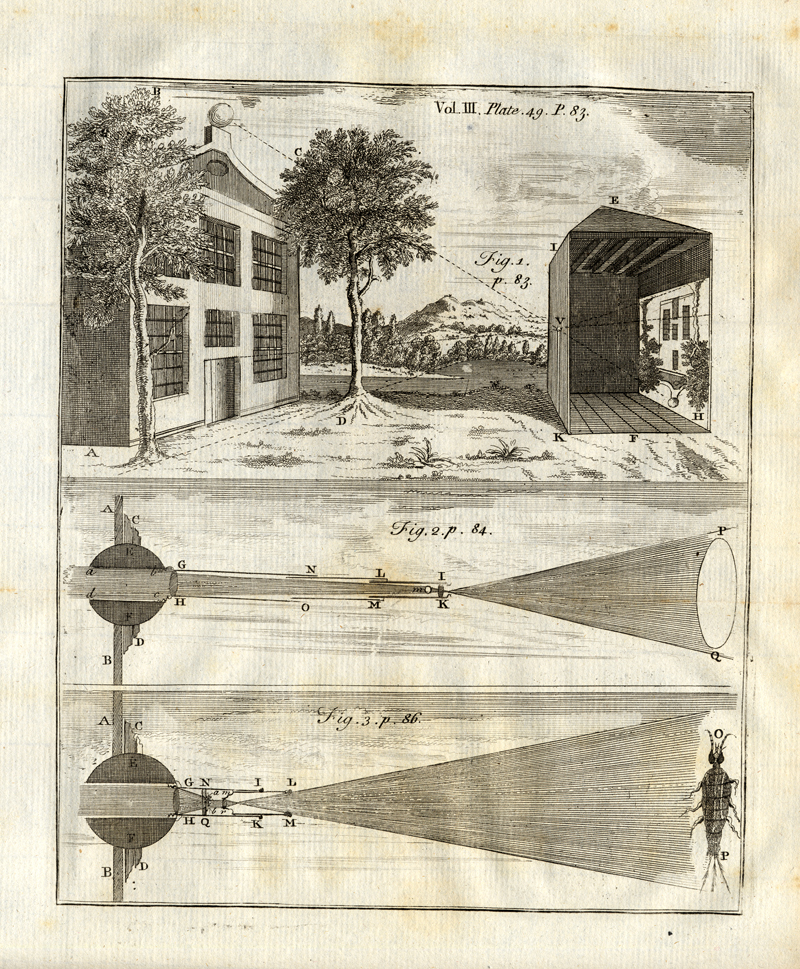 Benjamin Martin (1704?-1782): Philosophia Britannica: or A New and comprehensive System of the Newtonian Philosophy, Astronomy and Geography in a course of twelve lectures, 1759, vol. 3

This illustration shows how in a camera obscura (a dark room) a single lens is used to project an inverted image of a house and trees. The lower image shows a solar telescope being used to observe the Sun in a darkened room, and a solar microscope used for magnifying very small and transparent objects, such as insects. 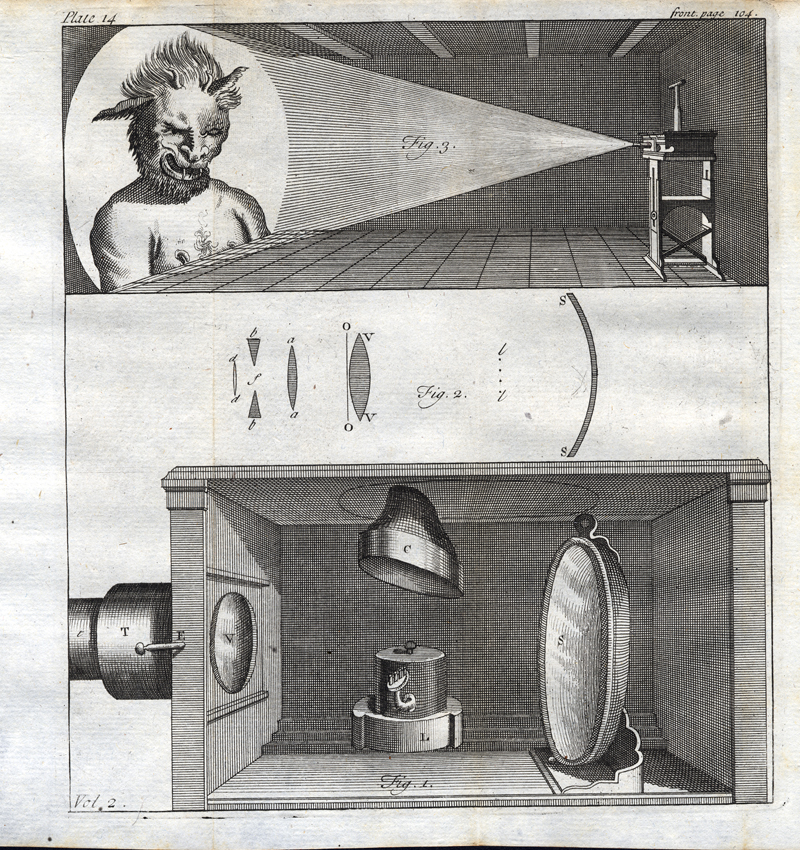 This illustration shows lenses and prisms used to demonstrate properties of optics. Above is a magic lantern, used in a dark room to project on to a wall the magnified image of a satyr from a painting on a small piece of glass. Below is the interior of the magic lantern: a wooden box containing a concave mirror, a lamp, and a round hole fitted with a convex lens.