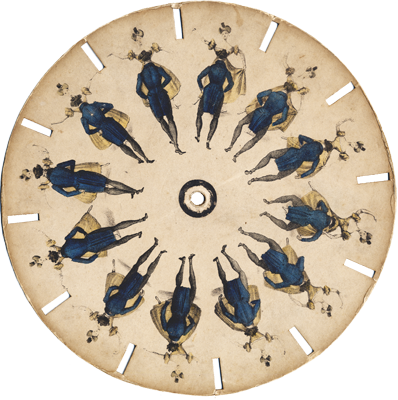 Phenakistiscope
The Phenakistiscope was invented independently, and almost simultaneously, in 1833 by Belgian physicist Joseph Plateau (1801-1883) and Austrian physicist Simon Ritter von Stampfer (1792-1864). Stampfer was the first to patent a design for what he called the Stroboscopic Disc.
The term Phenakistiscope was introduced by French publisher Simon-François-Alphonse Giroux, who brought the device to market in France. In London, Rudolph Ackermann published a device with the names Phantasmascope and Fantascope, selling discs including Plateau’s own design, The Dancer. The toy consists of a paper disc featuring evenly spaced, thin radial slots and a series of sequential images. When the disc is rotated in front of a mirror, a single motion image is seen through the slits. 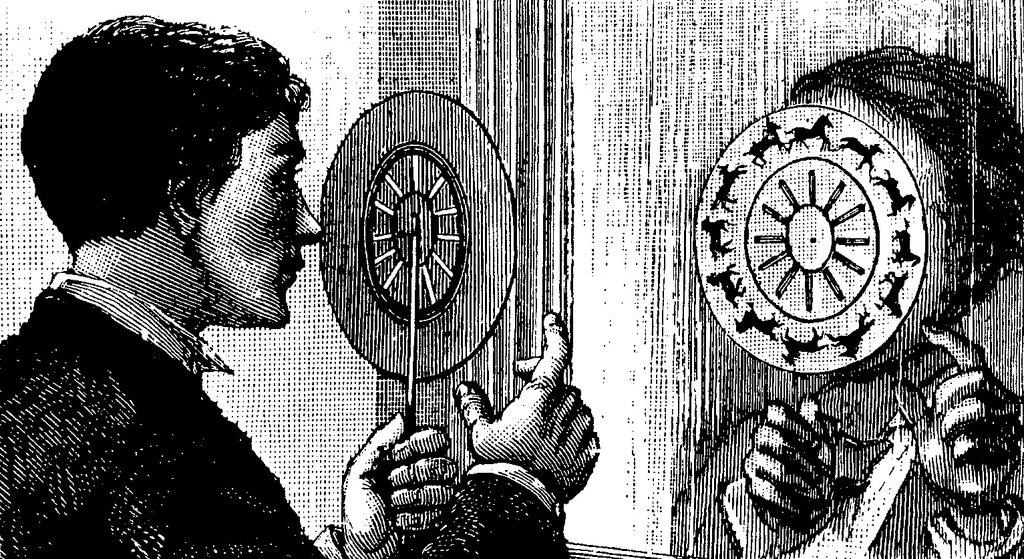