Exhibition: The Astrolabe, East and West

Ideas for universal astrolabes - I

This type of universal astrolabe (i.e. one that can be used in any latitude) was developed by az-Zarqellu in Toledo in the eleventh century. We know from manuscript sources that it was known in medieval Christian Europe, but it was little used until it was revived in the sixteenth century by Gemma Frisius as his astrolabum catholicum. This instrument is a very rare example of its use on a non-Islamic astrolabe prior to its re-introduction by Gemma. 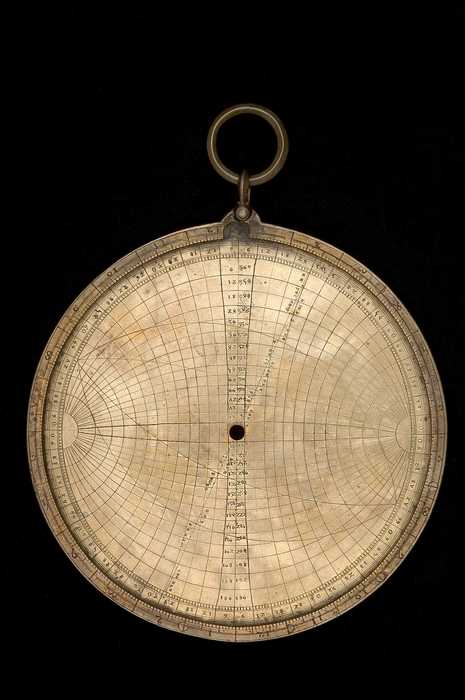